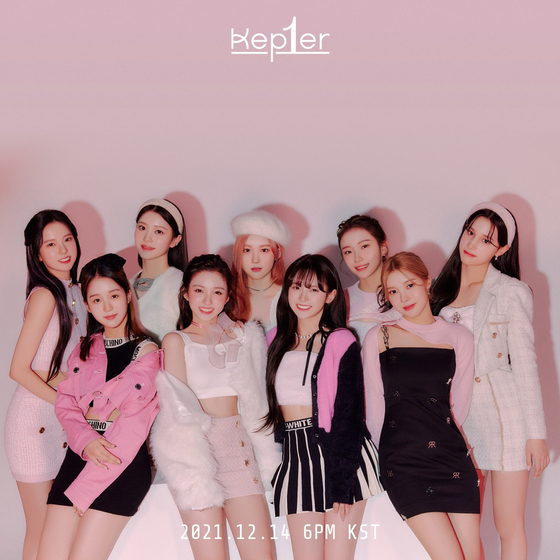 
New girl group Kep1er is resuming its promotional activities ahead of its debut next week after confirming that its members are now free from Covid-19.

“Health authorities have declared Kep1er’s members Xiaoting and Mashiro, to be fully cured of the Covid-19 virus,” said the group’s agency Wakeone and Swing Entertainment, in a statement Sunday.

The two tested positive for the virus in early December, just 10 days before the group's original debut date.

But as the members have now fully recovered, the group is back on track to debut at 8 p.m. on Jan. 3.

“Wa Da Da,” the lead song of Kep1er's first album "First Impact," is scheduled to drop during the group’s debut show which will be aired on Mnet and streamed live on Youtube.

On Monday, the agency released the first of four teaser clips.

Kep1er is a nine-member girl group that was created through cable channel Mnet’s global audition show “Girls Planet 999,” which aired this summer.