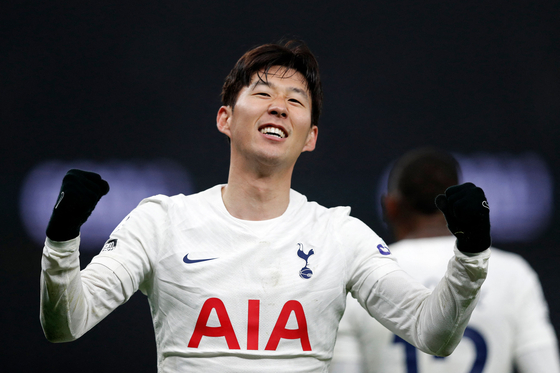 
Tottenham Hotspur's Son Heung-min scored the London club's third goal in a 3-0 victory over Crystal Palace on Sunday at Tottenham Hotspur Stadium. Son now has scored in his last four starts and Spurs are on a six match undefeated streak.

On Sunday, Spurs were able to find the back of Palace's net twice in the first half while Palace not only played without their manager Patrick Viera, who tested positive for Covid-19, but were also reduced to 10 players in the 37th minute when Wilfried Zaha was sent off for two bookable offenses.

Son challenged Palace goalkeeper Jack Butland from the start, trying a mid-range screamer just two minutes into the match, but failed to convert. It wasn't until the 32nd minute that Spurs were able to open the scoring and it was Harry Kane who found the chance slotting in a low cross sent over by teammate Lucas Moura. Two minutes later, Moura scored himself, nodding in a cross from Emerson Royal.

The second-half started out uneventful, with both clubs staying quiet until the 74th minute when Son broke through, connecting Moura's pass past Butland and into the back of the net. Right after scoring, Son was substituted — Brian Gil took his place and the whistle blew with neither club able to add any more. 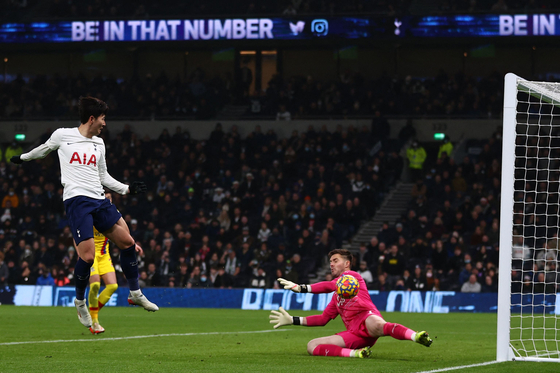 
Tottenham Hotspur have now won six matches in a row, Son scoring in his last four starts for the London Club on Dec. 2 against Brentford, Dec. 5 against Norwich City, Dec. 19 against Liverpool and against Crystal Palace on Sunday. He was out of action between Dec. 5 and Dec. 19 when a Covid-19 outbreak crippled Spurs, with Son believed to be one of the players that was infected.

Son has now scored a total of 17 goals this calendar year, four of them since Antonio Conte took the helm.

"We are talking about a really world class player," Conte had said about Son on Dec. 21.

"I have seen him before becoming manager of Tottenham only on TV. He impressed me a lot. But when you have the possibility to train him and become his coach, you can see really the quality of this player.

"It's fantastic because he had quality but also run, intensity, the resilience also, and I think that Sonny is a top player. Not a good player — a top player."

Conte's accolades came just a few days after Son was voted the 2021 Tottenham Fans' Footballer of the Year, beating three other finalists by a considerable margin in a vote conducted by Football.London. Son took 63 percent of the fan vote, well ahead of Pierre Emile Hojbjerg, Hugo Lloris and Kane. Son also finished 19th in a national vote for the Fans' Footballer of the Year, awarded to the most popular player in the Premier League.