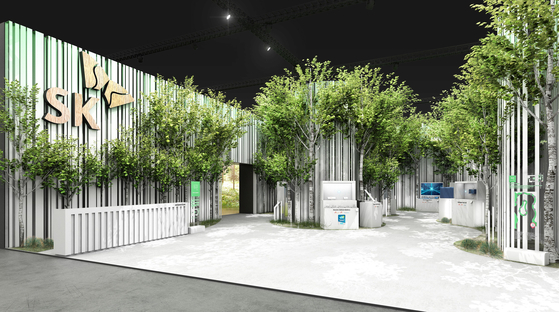 
SK Innovation and wholly-owned subsidiary SK On will be heavily promoting their latest battery at CES 2022 in Las Vegas, which begins this week.

The NCM9 battery — for nickel, cobalt and manganese — developed by SK On is made with nickel, which allows for higher energy density and improved storage capacity.

Korean battery makers have been pushing the limits of nickel technology despite lower stability, shorter life and some concerns about safety. Samsung SDI and LG Energy Solution also have their own high-nickel offerings, while Ningde, China's Contemporary Amperex Technology, the largest battery maker in the world, is also investing in the technology.

SK On is claiming a world-first in hitting the 90-percent nickel content level and received two awards for the technology from CES 2022. The awards were given last year.

NCM9 batteries are already being produced and will be sold to Ford for its F-150 Lightning, which will be released this year. 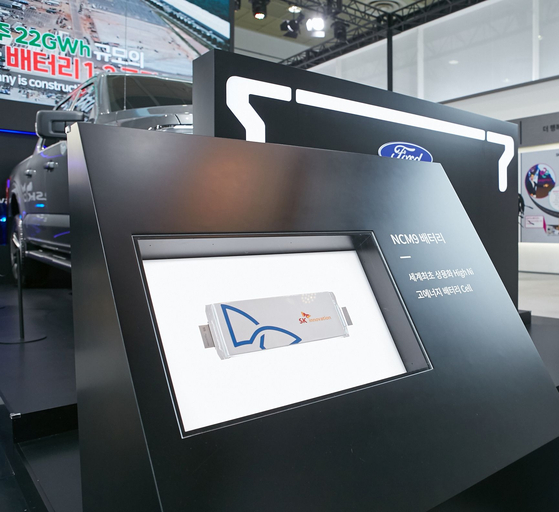 The NCM9 battery ? shorten for nickel, cobalt and manganese ? developed by SK Innovation’s battery subsidiary SK On will be on display at the CES 2022 set to begin this coming week. [SK INNOVATION] 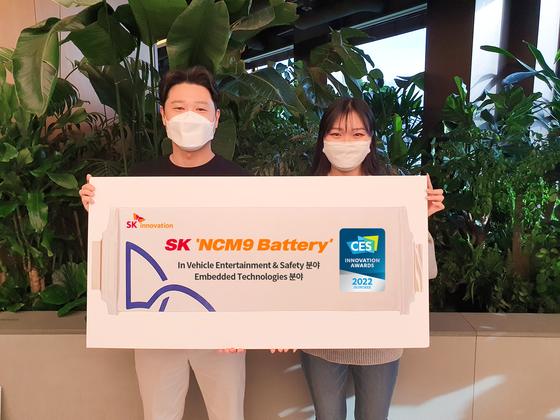 SK ie technology, which is majority-owned by SK Innovation, will be pitching its battery separator at the trade show. A battery separator is a thin membrane between the opposite electrodes that keeps a battery from catching fire due to the heat. It has to be thin enough for ions to pass through and strong enough to withstand high temperatures.

SK ie technology claims with its "sequential stretching" it can make separators that are more uniform in quality. It says that this technology will allow it to reduce carbon emissions.

"We aim to become a leading company in solving the global warming issue by fulfilling our 'Carbon to Green' mission," said Kim Jun, CEO and president of SK Innovation.