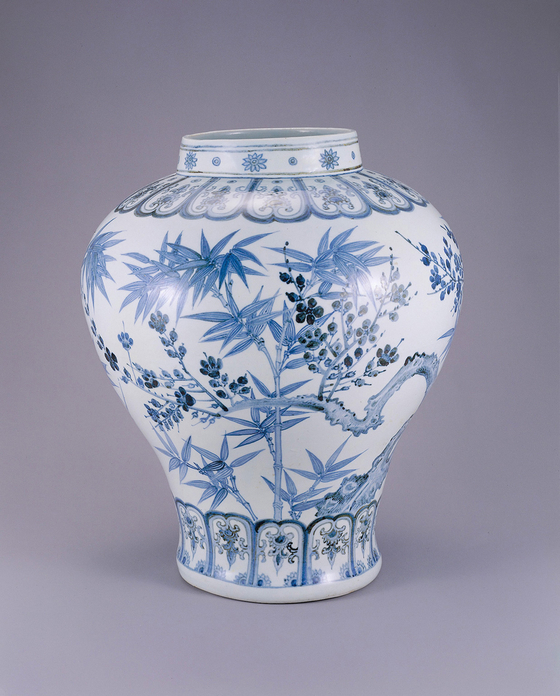 Slightly light blue in color, the jar is 41 centimeters (16 inches) tall, 15.7 centimeters in diameter at the top and 18.2 centimeters at the bottom. It narrows a little inwardly at the lip and the upper part of the body is convex though it becomes narrower and widens a bit in the lower half. As for its patterns, on the lip, there are two horizontal lines, then alternating flowers and double rings just below it, then one horizontal line again. On the shoulder is a very brilliantly and ornamentally painted lotus. On the body, there are plums and bamboo in great detail; the former is pictured with crossing branches and the latter with delicacy.

The outline was sketched first, and then painted carefully. This process is called gureukjinchaebeop, intending to create realism in pictures. According to experts, the patterns on the body, deftness, color and shape are influenced by the white jars with soft blue manufactured during the Ming Dynasty in China. This jar is regarded as being the first attempt at cheonghwabaekja (a jar with blue-and-white color) produced in Gwangju, Gyeonggi, in the middle of the 15th century.