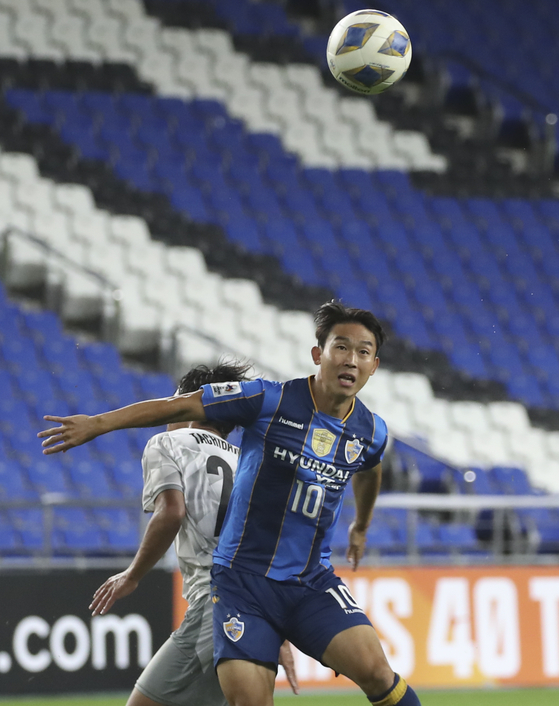 Yoon Bit-garam plays the ball against Kawasaki Frontale in the AFC Champions League Round of 16 at Ulsan Munsu Football Stadium, Ulsan on Sept. 14. [NEWS1]


Yoon Bit-garam will return to Jeju United next season after three years with Ulsan Hyundai.

Yoon started out his footballing career in 2010 with Gyeongnam FC then played with Seongnam Ilhwa Chunma for a year in 2012. In 2013, he joined Jeju and stayed for three years, making 104 appearances and scoring 11 goals.

From 2016 to 2017, he played for Chinese club Yanbian Fude, where he made 37 appearance and scored 11 goals. After being loaned back to Jeju briefly in 2019, he joined Ulsan Hyundai in 2020 and made 47 appearances scoring seven goals.

Yoon played a big role in Ulsan's 2020 Champions League win. The Korean club defeated Iranian side Persepolis F.C. 2-1 in the final to secure the win, with both goals in that game scored by Junior Negrao. Although he didn't score in the final, Yoon created a tournament-topping 22 chances throughout the competition. 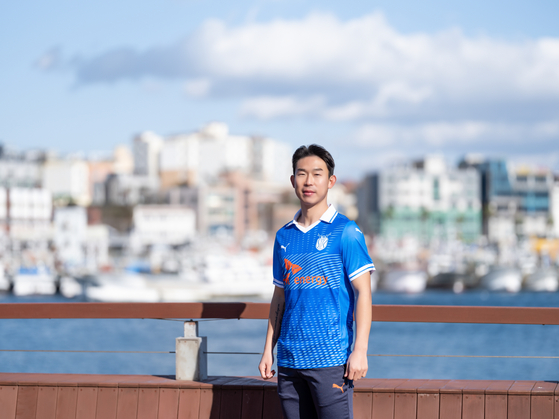 
"I am happy to return to Jeju where I have great memories," said Yoon. "The only thing left to do is to return the favor and gratitude to the fans. I have more responsibility on my hands because I am returning to the club. Goals, assists, I will do whatever I can on the pitch."