FTC has problems with Tesla's ways of doing business

FTC has problems with Tesla's ways of doing business 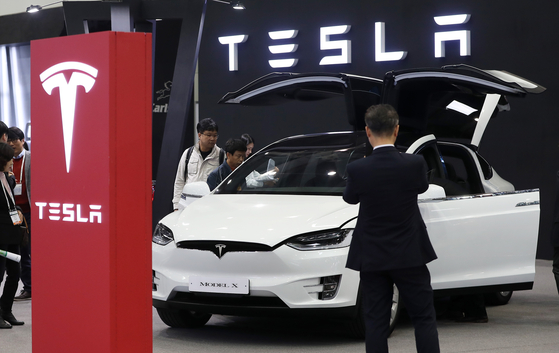 Tesla Model X displayed at an event in Daegu in 2018. [YONHAP]

Tesla is likely to face regulatory action by the Korean antitrust agency over its policy on deposits for orders.

Although the Fair Trade Commission (FTC) did not comment on the issue, the local media is reporting that it has sent to Tesla a report on potential violations of the Electronics Transaction Act.

The issue involves a 100,000 won ($84) deposit potential customers have to pay when ordering a Tesla EV on the company’s website.

If they cancel the order, the deposit isn't refundable.

The FTC is reportedly considering that a violation of the law.

The FTC is also reportedly looking into Tesla's description of its vehicles' autonomous driving functions in advertisements.

In 2020, the Seoul-based Citizens United for Consumer Sovereignty (CUCS) asked the FTC to look into Tesla for false advertisement.

The consumer group claimed an autopilot system advertised by Tesla misled consumers into thinking the vehicle was fully autonomous, or drove itself without any input from human drivers.

The same year, a German court prohibited Tesla from using the term “autopilot” because it was misleading.

By the end of last September, Tesla was the third-biggest vendor of EVs registered in Korea. Hyundai Motor leads with a market share of 43.8 percent, followed by Kia with 231.8 percent.