CHUN SU-JIN
The author is head of the Today-People News team at the JoongAng Ilbo.

“I don’t know how people can get so anti-something. Mind your own business, take care of your affairs, and don’t worry about other people so much,” said actress Betty White in a 2010 interview with Parade Magazine. The legendary actress and comedian dubbed the “First Lady of Television” passed away 18 days before her 100th birthday.

White was considered a true senior figure, not just because of her age. She wanted to learn more than teach and spent her life on the the front line advocating for minorities.

How about Korea? The only thing changing in the New Year is the calendar. With the presidential election slated for March 9, age-old hatred is growing. The New York Times published an article on Korea about the anti-feminist political wave of men in Korea. “After slow gains in women’s rights, the country is facing a type of political correctness enforced by young men angry at feminists, saying they undermine opportunity.” If Betty White had read this article with a balanced view on feminism and anti-feminism, she would have sighed. 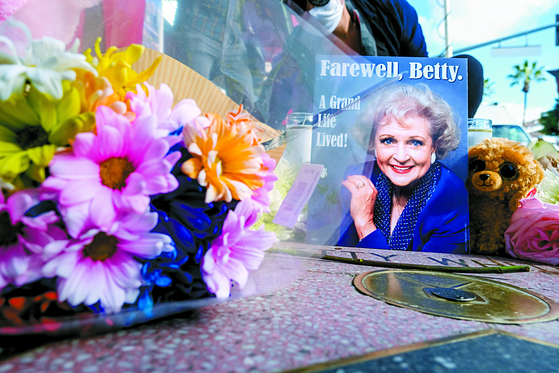 One of the books BTS recommended is “Living, Loving and Learning” by Leo Buscaglia. The author compared hating someone to living with trash in their mind and being unable to let go. Haters can’t or don’t think about throwing out the trash and instead complain about the smell. At the beginning of 2022, I am thinking about how we can throw away the trash of Korean society.

Life is too short to live, love and learn. Time is precious and we don’t have much, yet some people may choose to spend it posting malicious comments like “Please write this kind of thing in your diary” on this article or sending me emails that say “Trash reporters like you shouldn’t have been born.” In this time when hatred is met with hatred, I want to spend 2022 memorizing Italian verb conjugations and continuing to imperfectly learn to dance. It is about time I accept that hating might be easy, but it is too painful.

If you think White or Buscaglia are too disconnected from your life, think about the words of Lee Sun-deok, who worked as an emergency room cleaner for 27 years at a hospital in Mokdong, western Seoul. “Living was so hard, so I thought about people who were in a harder situation.” The quote comes from writer Lee Seul-a’s new interview collection “With a New Mindset.” Alteration shop owner Lee Young-ae’s interview in the same book is also touching: “I don’t hate anyone anymore. I somehow understand. I don’t hate them. They didn’t want to live like that.” I hope 2022 will be full of love, not hate.

Can you speak English? (KOR)

Can you speak English?

Actors and others organize and post against Covid-19-related hostility