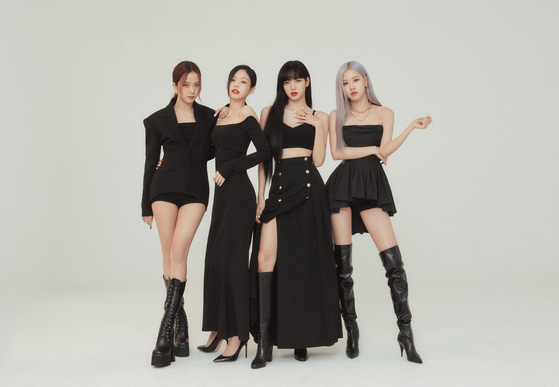 
Girl group Blackpink’s “Love To Hate Me” has been streamed more than 100 million times on Spotify, its agency YG Entertainment announced on Thursday.

The dance pop song “Love To Hate Me” is part of the group’s first full-length album “The Album,” which talks about the conflicting emotions of love and hate.

Six of the eight tracks from the album have now surpassed 100 million streams — “How You Like That,” “Ice Cream,” “Lovesick Girls,” “Pretty Savage,” “Bet You Wanna” and “Love To Hate Me,” while the two remaining songs, “Crazy Over You” and “You Never Know” are close to achieving the feat.

In total, the group has 17 songs which have surpassed 100 million streams on Spotify. Three of their songs — “Ddu-Du Ddu-Du,” “Kill This Love” and “How You Like That” have exceeded 400 million streams.

Tomorrow X Together wants to tell its own story