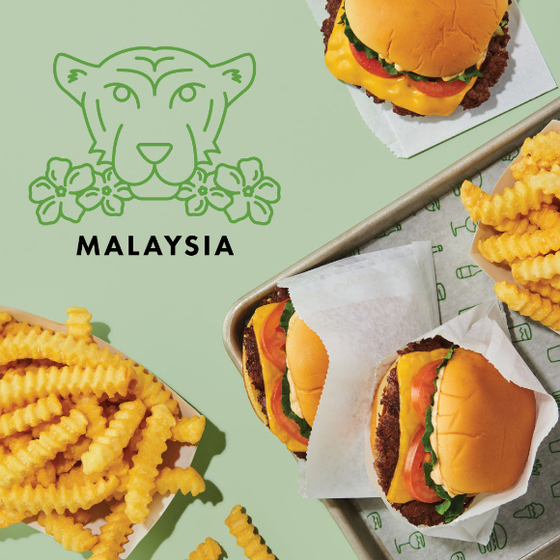 
SPC Group acquired a license to operate Shake Shack in Malaysia, aiming to open the first store in the country in 2023.

The company announced Friday it signed a deal with New York-based Shake Shack Enterprise and acquired rights to run the burger chain in Malaysia.

SPC Group’s Paris Croissant currently operates the brand in Korea and Singapore. Since the first Korean store opened in 2016, there are now 20 local branches and eight in Singapore since it opened its first branch in 2018.

The company expects its entry into the Malaysian market will work together well with Paris Baguette's business in Southeast Asia, also run by SPC Group, and its Halal food business. It will continue to expand the Shake Shack business globally.

“SPC Group and Shake Shack have formed a longtime partnership, opening 28 branches in Korea and Singapore,” said Hur Hee-soo, vice president of SPC Group. “We will continue to cooperate in more various areas.”

Shake Shack is available in 16 countries including Britain, Japan, the United Arab Emirates, the Philippines and Mexico.