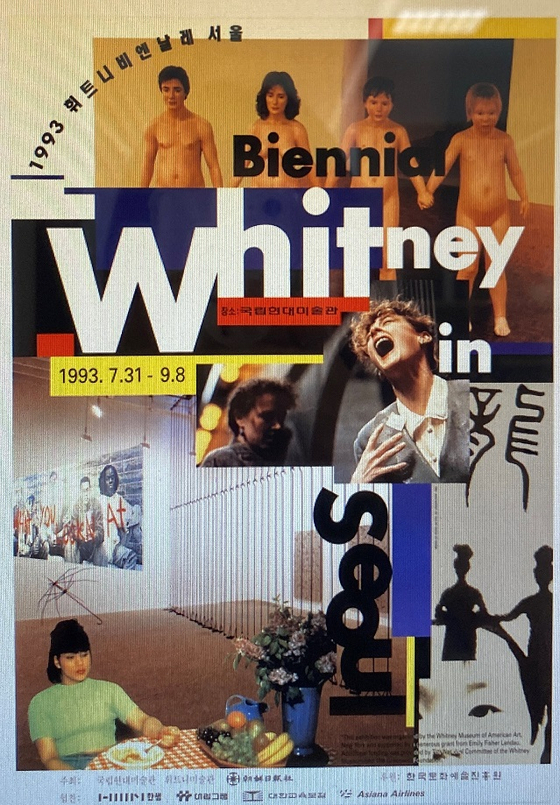 The poster for the 1993 Whitney Biennial in Seoul, in which Nam June Paik participated. The works displayed in the biennale will be exhibited at ″Paik Nam June Effect″ at the MMCA's Gwacheon branch in November. [MMCA]


The National Museum of Modern and Contemporary Art (MMCA) aims to promote “K-art” in 2022, according to director Yoon Bum-mo.

Yoon made the remark during a press conference on Friday during which the plans for 2022 were also announced.

A total of 21 exhibitions will be displayed across the Seoul branch, Deoksu Palace branch, Gwacheon branch and Cheongju branch, with themes including social issues such as carbon neutrality and delivery culture in Korea. 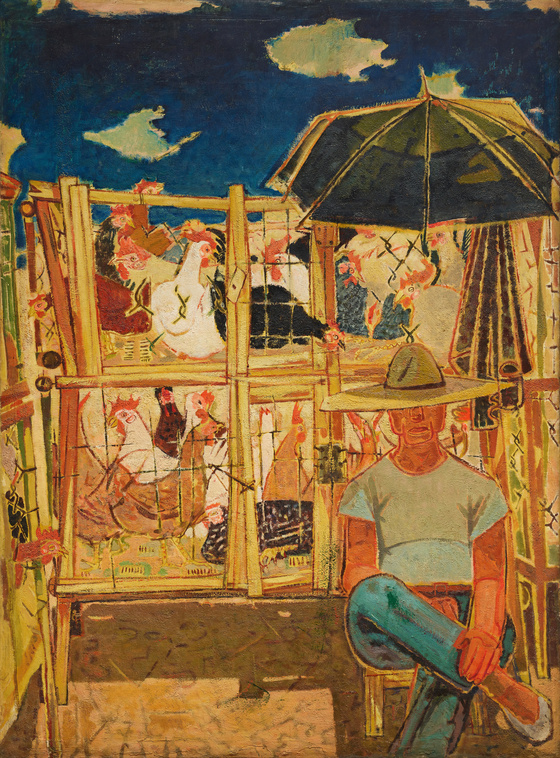 
Others include solo exhibitions or retrospectives of famed artists throughout history, like sculptor Moon Shin (1922-95) in July at the Deoksu branch. Some will also explore Korean art history, like “Praise of Life,” which reflects on the past century of chaesaekhwa, or Korean polychrome paintings, in May at the Gwacheon branch.

Two exhibitions in the Gwacheon branch will be centered on Nam June Paik (1932-2006), the “father” of video art, commemorating the 90th anniversary of Paik’s birth. "The More, The Better Archive” will be held in June and the “Paik Nam June Effect” in November. The MMCA will display Paik's gigantic television installation “The More, The Better” (1988) for the first time since it malfunctioned in 2018. 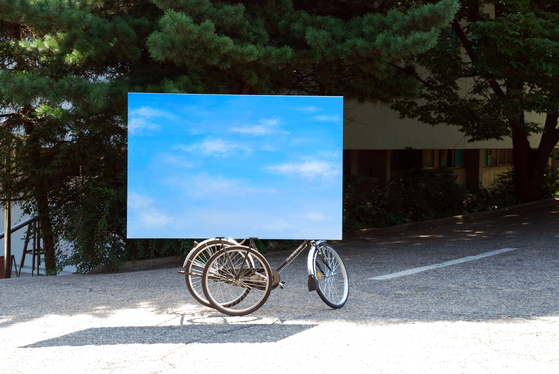 
In June there will be an overseas exhibition, “2022 MMCA Asia Project in dOCUMENTA Kassel 15." It is the third edition of the MMCA’s Asia Project which is being held as part of the museum’s ongoing research on Asian contemporary art. Featuring five Korean artists and designers, it will be held online and offline at Kassel Documenta 15, an international art event in Germany.

With this international project, the MMCA hopes to continue expanding the Asia Project so that K-art gains more recognition globally, Yoon said.

MMCA Seoul, located in Jongno District, central Seoul, is open every day from 10 a.m. to 6 p.m. On Wednesdays and Saturdays, it is open until 9 p.m. It is closed on Lunar New Years’ day, which falls on Feb. 1 this year. For more information, visit the MMCA’s website mmca.go.kr.