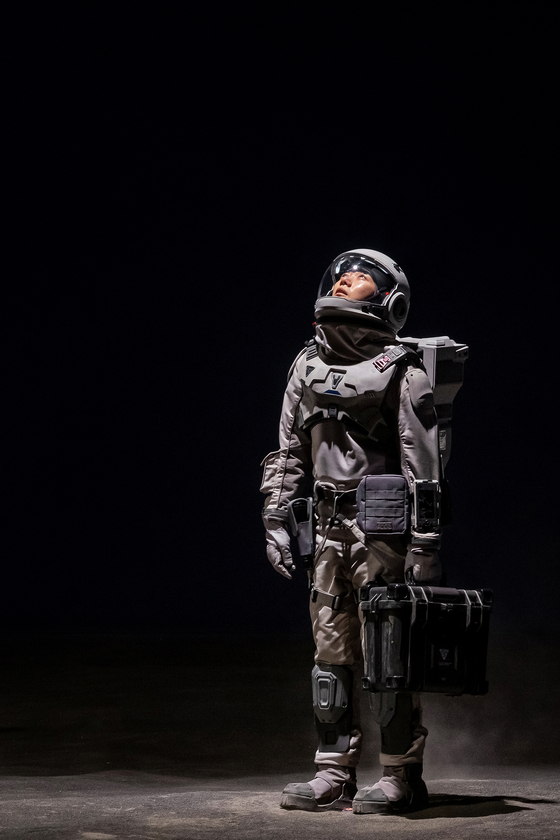 Actor Bae Doo-na as doctor Song Ji-an, an astrobiologist and ethologist who is sent on a 24-hour mission to the moon to acquire a mysterious sample of "lunar water." [NETFLIX]


After the wave of attention that Netflix Korea’s “Squid Game” brought Korean content, it seemed that the industry could do no wrong.

That is, until Netflix Korea’s “The Silent Sea” premiered on Dec. 24. The series followed another immensely popular series, director Yeon Sang-ho’s first Netflix project “Hellbound” — meaning that it already had a lot to live up to. Apart from its star-studded cast including Bae Doo-na and Gong Yoo and the fact that actor Jung Woo-sung acted as an executive producer, the series was highly anticipated because it was the first-ever Korean sci-fi series to be set in space.

Set in a dystopian future, the Earth’s desertification has led to a depletion of water. The series paints a dismal picture in which class hierarchies determine the quality and quantity of water that people can acquire. When it seems that Earth is slowly but surely drying up, a team of specialists is formed to get a sample of “lunar water” from an abandoned research facility on the moon which may be the key to saving humanity.

However, the team quickly realizes just how deadly lunar water is, and how even though it might be their last hope, it could also lead to the destruction of humanity. The series has been expanded into eight episodes from director Choi Hang-yong’s 2014 short film “The Sea of Tranquility.”

The show managed to climb to No. 3 on Netflix’s global daily chart, but unlike previous series which earned heaping praise for the creativity of the narrative and the portrayal of certain social dynamics, “The Silent Sea” has received mixed feedback. While Forbes called it “one of Netflix’s best Korean series, and best sci-fi series period,” the South China Morning Post gave it two out of five stars and harshly criticized one scene in particular, calling it “one of the worst hours of TV this year.” Variety magazine praised the cast’s performance but deducted points for its slow pace saying, “the show’s eight episodes can grow turgid and slow, as if the series is dazzled by its own beauty. We are rushed through the establishment of this world, only to dawdle as time goes by.”

“Despite borrowing elements from all sorts of different sci-fi works, the result is a plodding, derivative saga that’s far less than the sum of its parts,” said Inverse, an online American magazine for science, technology and culture.

“What makes ‘The Silent Sea’ different from ‘Squid Game’ is that it’s trying to be countless other stories, and lacks the latter’s narrow vision and scope. Squid Game was about the game and not much else. The Silent Sea is about too many things, and none are allowed to develop fully.”

The show was also heavily criticized for its lack of details and inconsistencies in scientific facts. Regarding that criticism, Jung said during an online interview last week that he personally evaluates the series to be “somewhere between space opera and space exploration.”

“Although it’s important to establish scientific analogies behind the narrative, we had to eliminate what was less important to us to focus more on unraveling the philosophical questions that the series throws [to the audience],” Jung said.

Director Choi detailed in a written interview with the Korea JoongAng Daily the behind-the-scenes difficulties regarding the scientific errors.

“We did try to receive consultation from experts to the best of our abilities,” he said. “If the audience felt that the show lacked research, there may be parts that are that way but there were also scenes that were realistically difficult to create due to time and budget restraints. For instance, in our depiction of low gravity — there were a total of 11 characters walking on the surface of the moon but we were technologically limited to only one person when using the wires [for the scenes]. And it was difficult to find a solution even with the expert’s help. The creation of this series was centered on future technologies that we could only imagine, but experts can only tell us whether such thing is possible based on the current development of science. For instance, when we asked about artificial gravity within Balhae station [the research facility on the moon], the answer we received was that it was impossible within the limits of current technology. In other words, we could only rely on the creator’s imagination to apply factors that was technically impossible to create. Since it was realistically improbable to make everything within the station low-gravity, artificial gravity was crucial to our setting and we thought that the audience would naturally accept it without any struggle as they have in other films in similar genres.” 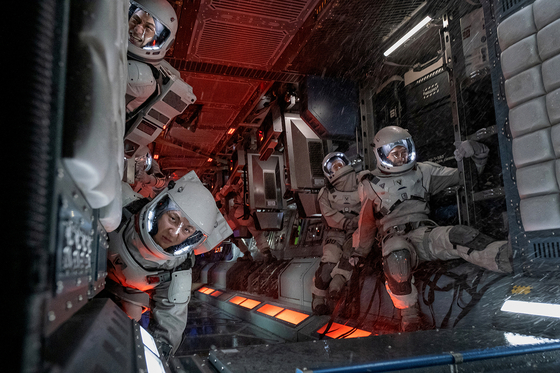 A scene from "The Silent Sea" [NETFLIX]


In an online press interview on Dec. 30, Bae who previously featured in Hollywood sci-fi productions such as “Cloud Atlas” (2012), "Jupiter Ascending” (2015) and television series “Sense8” (2015-18), dubbed Korea as a “sci-fi wasteland” and for her, “The Silent Sea” exceeded far beyond her expectations of the local industry’s progress of the genre.

Korea’s content expertise has long been centered on romance, romantic comedies and recently zombie horrors. Apart from recent big-budget sci-fi films “Space Sweepers” and “Seobok,” both released last year, there are few examples to name in the genre.“Resurrection of the Little Match Girl” (2002) is commonly regarded as Korea’s first proper attempt at the genre. It failed terribly. The story centers around a video game player who falls in love with the character in the game world. The film sparked public interest as it was at the forefront of a genre that local audiences were unfamiliar with, and also because about 10 billion won ($8.3 million) was invested in the film — a big budget at the time. The story was harshly judged because despite the financial investment, it lacked consistency, narrative and plausibility. There was also criticism of the cast’s poor performance. Other attempts at the genre include “Natural City” (2003) — in which a man falls in love with a cyborg programmed to be turned off in 10 days, and “Sori: Voice from the Heart” (2016) — that centers around a father who has been searching for his missing daughter for a decade and discovers a robot that remembers all the sounds in the world. Although the latter received positive reviews regarding its touching narrative, both flopped in terms of commercial success. 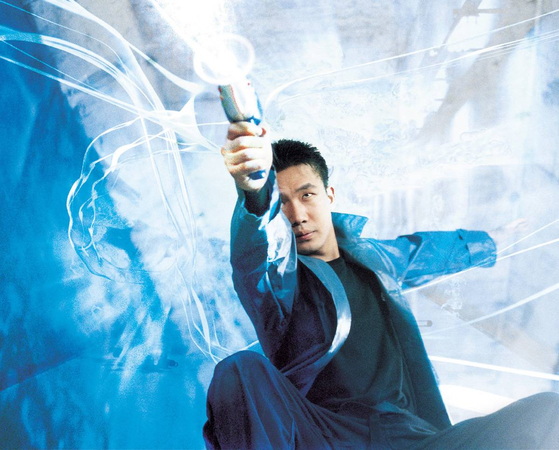 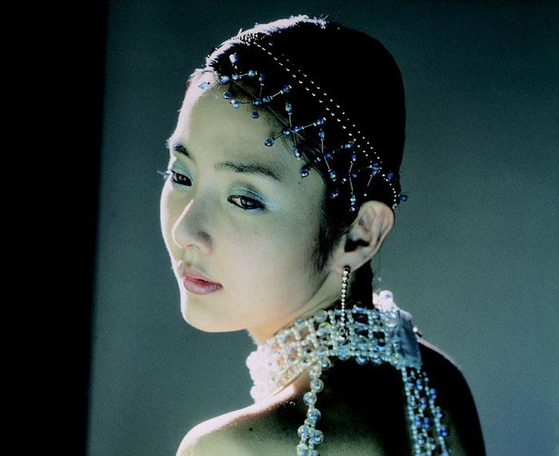 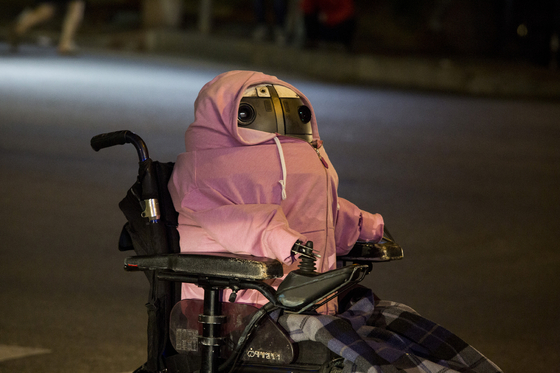 
A problem that is frequently pointed out regarding all Korean content is that it fails to overcome its deeply-rooted narrative of shinpa [a Korean term referring to overly emotional scenes stemming from clichés such as relationships between lovers, friends and family or the sacrifices they make for their loved ones]. Recent films “Space Sweepers” or “Seobok” were no exception to this rule: the former revolved around the formation of a familial community and the bonding between a father-like figure and a child, while the latter was about the bond between a human and a clone. In both films, the two people who seemed that they would never get close, learn to care about each other and make sacrifices that they weren’t able to before.

“I don’t think there are any rules regarding when and where shinpa should be utilized,” film critic Lee Yong-chul said. “It may sound obvious but if the narrative is used accordingly, it can be good for the content, and if not, it can make the story worse. I think ‘Space Sweepers’ is one representative example of how shinpa has been put to good use. Of course, for the people who don’t like that kind of touchy narrative that turns on the waterworks, the movie won’t hold any appeal, but I personally think that the shinpa element has been naturally mixed into the genre of space opera for ‘Space Sweepers.’” 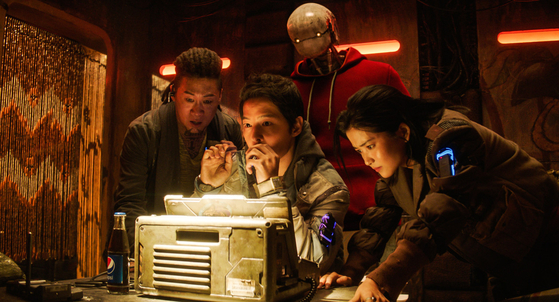 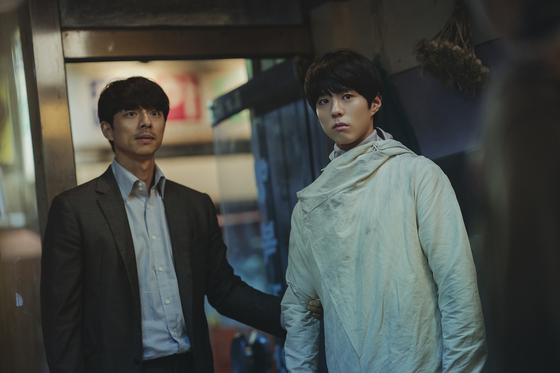 
Another film critic, Kim Hyung-seok, determined that one of the reasons why “The Silent Sea” garnered negative reviews was due to its hardcore nature.

“'The Silent Sea’ cannot be categorized as space opera,” Kim said. “This is hardcore sci-fi, and in this kind of genre, it’s crucial for the audiences who watch this kind of content that all the scientific settings make sense and are incorporated correctly into the story. The reason why ‘Interstellar’ [2014] saw huge success was that although it contained elements of shinpa such as familial love, the production staff did their best to scientifically cover facts such as black holes and time travel. If ‘The Silent Sea’ tried to verify the scientific theories and details related to space travel, it would have made headlines for those attempts alone.”

Kang Yoo-jung, who is also a film critic, evaluates that the genre is still a weak spot for the local content industry.

“The distinctness that differentiates Korean storytellers [from the rest of the world] is that the stories being told need to be based on reality [in order for the narrative to stand out],” Kang said. “They need to be about stories based on extremely realistic issues and when creators use their imagination based on such settings, the story holds strength. ‘Squid Game’ and ‘Hellbound’ are both fiction but simultaneously hold critical and satirical viewpoints of social dynamics. Sci-fi, on the other hand, starts off from imagination alone and creators need to become more creative to build a story on top of that. So the two narratives that Korea is terrible at are sci-fi and fantasy. The reason why both genres are weak is that when it’s not based on realism, local audiences tend to think that the narrative itself is groundless, and when there’s no demand for it, only a few maniac creators remain within the industry […] Sci-fi is not suitable for local sentiment.”

In order for the genre to thrive, Kang views that the entire approach to it needs to be changed.

“In the sociocultural context, we have transcended over to empirical science from pure science,” she explained. “Although the areas of natural sciences and engineering is thriving, those who focus on pure science are still struggling. In the past, about 30 years ago, people used to say that scientists are the future of the world but now everyone wants to enter medical school and become doctors. […] In order for the sci-fi genre to see the light, we need to become a society that appreciates ideological achievements and the purity of science. The genre itself cannot just begin to thrive when people’s horizons have not been expanded.”