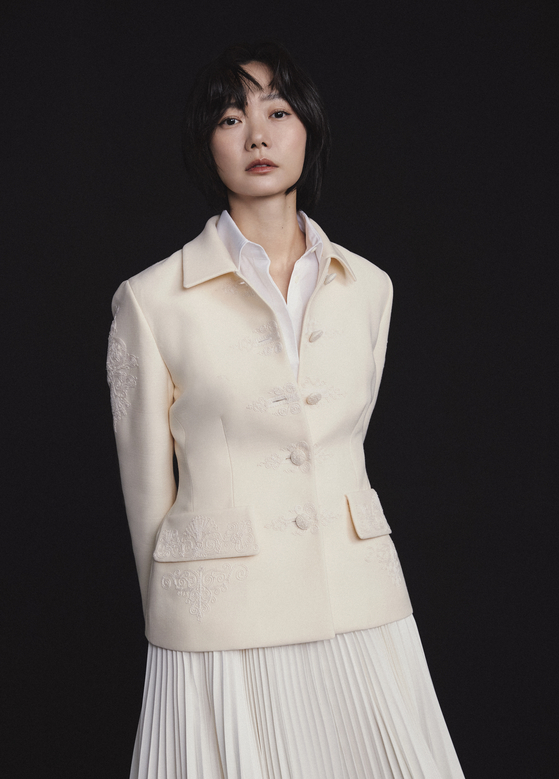 
Actor Bae Doo-na, who has worked on Hollywood sci-fi projects such as “Cloud Atlas” (2012) and “Jupiter Ascending” (2015) and television series “Sense8” (2015-18) says that she couldn’t be more proud of her latest work — Netflix Korea’s highly anticipated sci-fi original series “The Silent Sea” which was released on the platform on Dec. 24.

Although Netflix Korea has been continuously seeing global success, starting with writer Kim Eun-hee’s “Kingdom” (2019-) series and director Lee Eung-bok’s “Sweet Home” (2020), no one could have anticipated the new wave of attention on Korean content that “Squid Game” would bring.

“Squid Game” became the most-watched Netflix content of all time with some 140 million viewers around the globe, while director Yeon Sang-ho’s first Netflix project “Hellbound” debuted at No. 1 on Netflix’s daily list of most-viewed TV shows in the world.

This is why the bar was set high for “The Silent Sea” — which is the first sci-fi drama series ever made in Korea to be set in space. The series is adapted and expanded from director Choi Hang-yong’s short film of the same title. Set in a dystopian future, the Earth’s desertification has led to a depletion of water. The series paints a dismal picture in which class hierarchies determine the quality and quantity of water that people can acquire. When it seems that Earth is slowly but surely drying up, a team of specialists is formed to get a sample of “lunar water” from an abandoned research facility on the moon which may be the key to saving humanity. Bae portrays one of the specialists, doctor Song Ji-an, an astrobiologist and ethologist whose past is linked to the lunar water and what happened at the station that led to its abandonment. 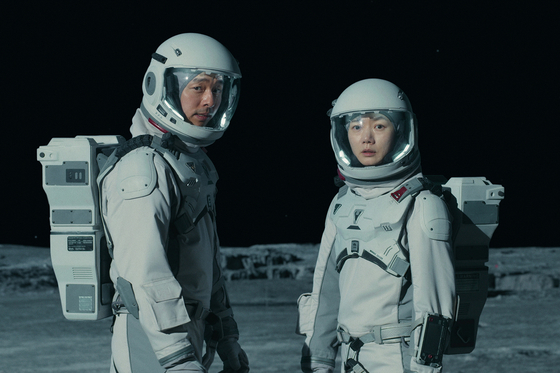 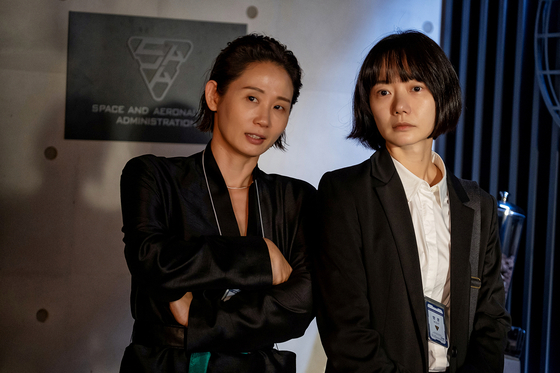 Scenes from Netflix Korea's original series "The Silent Sea." Bae Doo-na, top right and above right, portrays a solitary scientist named Song Ji-an who is singled out to be sent to the moon to collect a mysterious sample of 'lunar water' that could save humanity. [NETFLIX]


“I could not objectively see the content because I was there from the pre-production process and also as an actor,” Bae said during an online press interview Thursday. “[However], when I view any kind of films or drama series that I featured in, I tend to give much harsher reviews about them — there weren’t many [roles] that I thought I did exceptionally well in. But, I think I exceeded expectations in ‘The Silent Sea.’ The quality of the CGI [computer-generated imagery] graphics is deemed crucial for this kind of genre and I think [the production staff] did well immersing the audiences from the beginning of the series. And I was just very satisfied with the content overall. I couldn’t stop watching it — the endings of each episode were so timely that I had to click the next episode to find out what happened next. Reviews from my acquaintances were good too. I heard a lot of responses that they had to watch all the episodes in one go because they couldn’t stop.”

The research facility is where Bae's character's older sister Song Won-kyung died. She was among the staff at the facility who all met their demise but the government immediately closed off the building and covered up the scene, leaving Ji-an and the rest of the family members of those who lost their lives at the facility wondering what happened to their loved ones. 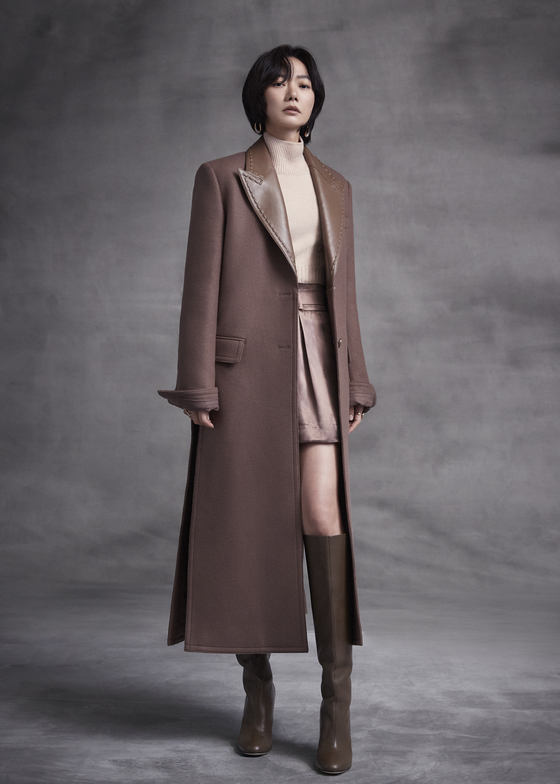 
“When I was first offered the role of Song Ji-an, I was fifty-fifty about whether or not to take it,” Bae said. “I was half confident that there were parts that I could do well, but there were also parts that could be difficult for me to portray. For instance, I was unfamiliar with the profession of a scientist, and I’ve rarely come across any scientists so I had to research more about their characteristics and hobbies [...] The imagery that I associated Ji-an with was a socially-withdrawn, solitary person. From the first time I read the script I didn’t think of her as someone who’s socially compatible. She’s an inherently secluded [person] who likes to study and conduct research. Among humans, the only person she would have relied on would have been her sister, the only family that she had. And when she loses her, what would happen to this woman? What kind of changes would she have gone through over five years? What kind of emotions or thoughts would she have kept in her mind? Her state of mind and her narrative links to the reason why she decided to go to the moon and how she connects with Luna [a girl Ji-an meets at the station]. 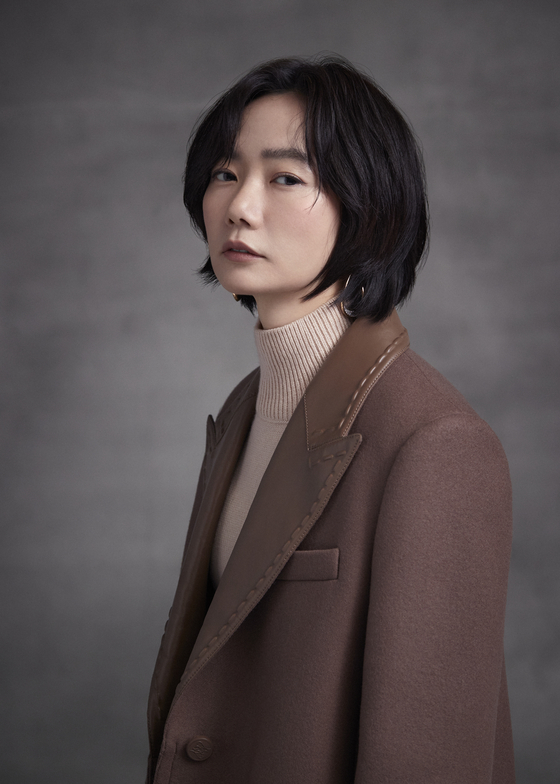 
“The first part that we filmed was five years in the past when Ji-an first hears from a government official that her sister has died, and then hands her a gold card [with which she can get top access to clean water], the price of her sister’s life. When I filmed that scene, I just felt to my core what this woman must have felt. It was so difficult to become Ji-an because I just felt hatred to the world. And when I filmed the present scenes, after five years had passed, I tried to preserve the tone and manner of Ji-an’s emotions and thoughts.”

Bae said the message that the series aims to share overlaps with her own perspective on humanity.

“I've been thinking about issues related to the environment and depletion of resources,” she said. “I also wonder about the future of generations to come as well. Most importantly, I wonder if it’s right for humanity to shatter the harmony, or balance that we have [with nature] just for our survival [...] I don’t know, but I think humans are the cruelest beings of them all. Such types of issues are what I’m interested in though.” 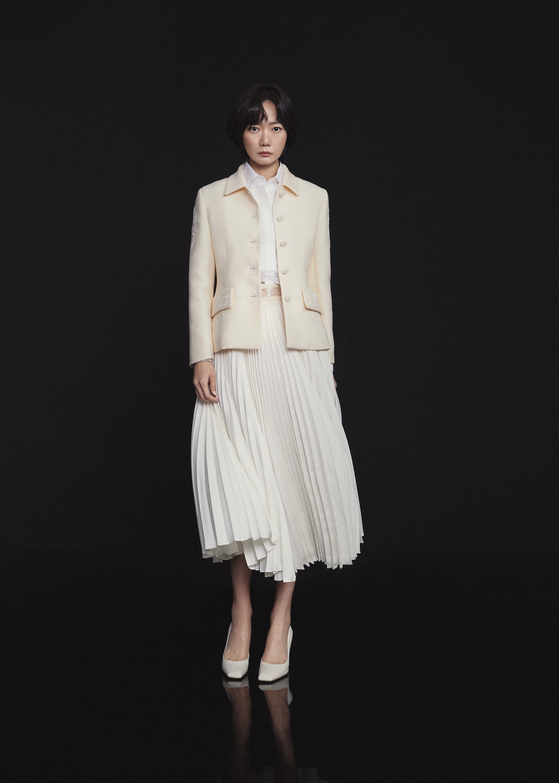 
Bae hopes “The Silent Sea” can become a starting point for the diversification of Korean content, and said that she welcomed the challenge of starring in Korea’s first-ever sci-fi series set in space.

“We are just starting out in the sci-fi genre,” Bae said. “There are such few references for the genre that we are often referred to as the ‘sci-fi wasteland.’ I think the attraction the genre holds is in its infinite possibilities. Of course, since it’s set on the future and it’s sci-fi, there needs to be scientific background but I think we [now] have the ability to create such content [...] It’s also right that I was excited for the challenge of trying out the genre for the first time. I’m actually very open to trying out things for the first time. I did have doubts about whether we could do it because, compared to Hollywood — the daunting scale of the projects, massive financial budgets that support the industry, and just the sheer experience and history that they have — we’re just taking baby steps.

"What I saw in director Choi Han-yong’s story was the way he carried the narrative of the characters’ psychology. I didn’t think of the project as a challenge, but rather as a possibility to continue challenging the genre. I hope other local actors and creators see this and discover possibilities through it [...] Not to only do things that we are already good at but to try out different things, and to support each other. That’s how I believe our content industry can continue to thrive, although we are already doing exceptionally well. I think the timing now is especially important, because the whole world is recognizing our stories. To cultivate and promote our content, I hope we can expand in the arena of our genres.”