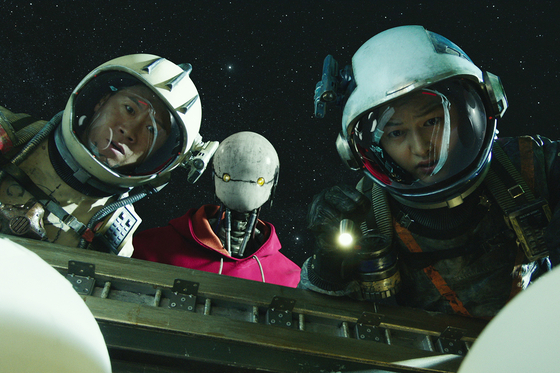 The crew of the space debris collecting ship Victory are initially described as materialistic as they are prepared to do anything to get their hands on some cash to help pay off their debts in the sci-fi film "Space Sweepers." [NETFLIX]


Netflix film “Space Sweepers,” an intergalactic adventure revolving around the crew of a space debris collecting ship called “Victory,” is generating starkly contrasting reviews amongst local viewers. While some applaud how far CGI graphics and technology has come, others were quick to point out the lack of sophisticated plot.

The biggest talking point amongst local audiences, however, was whether the film was too focused on pulling on people's heartstrings. Dubbed shinpa in Korean, the term refers to overly emotional scenes which in local films usually stem from clichés such as relationships between lovers, friends and family or the sacrifices they make for their loved ones. These scenes are designed to elicit tears from the audience. In “Space Sweepers,” the four very materialistic crew members of Victory are somehow immediately taken with a humanoid robot called Dorothy, who is deemed to be a weapon of mass destruction, and end up doing everything they can to save her. 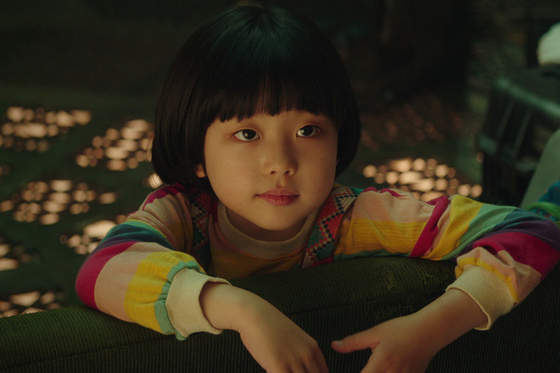 Dorothy is said to be a humanoid robot and a weapon of mass destruction. [NETFLIX]


In an online interview with the Korea JoongAng Daily earlier this month, actor Song Joong-ki, who portrayed the space pilot Tae-ho in the story and perhaps featured in the majority of the disputed scenes with Dorothy, was asked whether or not the film was a tear-jerker. Song dimissed the term and instead said that he always liked director Jo Sung-hee’s focus on familial values. In other local media reports, the director and the rest of the cast reiterated that they never saw the film as one that could evoke emotional responses.

Among the various reviews popping up online, related critics and experts remind people that the film was originally intended to be shown on cinema screens with full sound systems.

“If it weren’t for Covid-19, the film would have been placed among a slew of blockbusters that come out in summer,” said pop culture critic Jeong Deok-hyun. “[The market] doesn’t require too much of a high quality story, a twist in the plot, or novelty. Rather, those films are a balance between very familiar films such as those that focus on familial themes with a touch of spectacle for entertainment purposes.”

Another film critic Kim Hyung-seok also expressed regret that "Space Sweepers" missed out on its chance in cinemas.

“It’s such a drawback for the film," Kim said. “Because these kinds of spectacle-focused films were created for cinema screens, where their flaws can be cleverly covered up. If the film is a visual delight, local audiences become much more lenient toward the plot, even if it doesn’t make that much sense. But this film gave that up [when it went to Netflix], which is why people are seeing the issues with the plot when they see this film.” 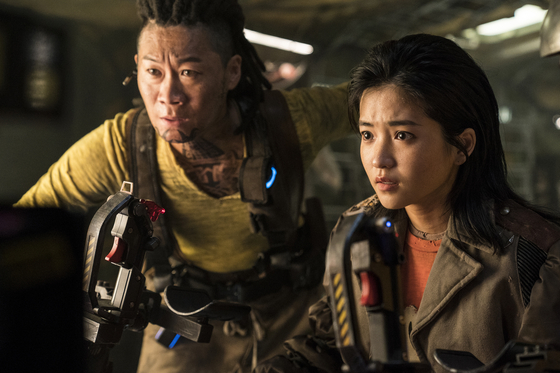 
“There are certain clichés that this director likes, which can also be seen in his prior films such as ‘A Werewolf Boy’ [2012] and ‘Phantom Detective’ [2016], and in his independent films as well,” Kim evaluated. “There’s always a point in the story, usually when it comes to families, which he keeps going back to regardless of how far the story has progressed. I don't consider this a characteristic of shinpa."

Reviews from overseas have been more lenient. While foreign viewers agree that the plot was lacking, they saw what Koreans call shinpa as "solidarity" among the crew members. Entertainment website Thrillist described the crew as “a charming, hilarious founding family” and said the moving scenes gave the protagonists “a fully realized emotional arc.” Another pop culture website Decider recommended its readers to watch, concluding “it’s a visual delight, the crew of Victory have charisma to spare, the space chases are a satisfactory thrill and it never takes itself too seriously. So why not get caught up in it?”

The “Star Wars” series, “Blade Runner,” “A.I”, “I, Robot” and “Guardians of Galaxy” were just some of the Hollywood sci-fi classics cited as being all too similar in terms of plot to "Space Sweepers," but both local and even overseas viewers seemed to focus on the significance of the fact that the film was Korea’s first try at space sci-fi. 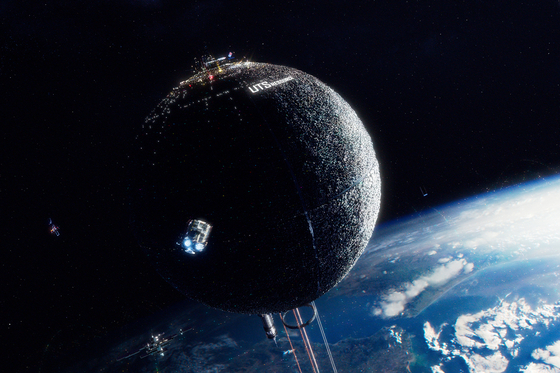 In the year 2092, society is divided in two: Those who can live on the UTS island, created by UTS Corporation's founder James Sullivan, and those who are stuck on Earth and drift to outerspace in search of worthwhile space junk to sell. [NETFLIX]


“There are two sorts of sci-fi genres: The first is the more iconic genre that’s actually based on scientific knowledge and has a touch of reality in it,” Jeong said. “And the other is a completely imaginary one. ’Space Sweepers’ is the latter. In a way, it has a cartoon-like feel that children really enjoy.”

Professor Song Young-ae of the department of film and theater from Seoil University, noted that Koreans are especially sensitive to shinpa. In fact, many local films which heavily featured shinpa still sit atop the records of box office sales, such as both of the “Along with the Gods” films (2017-2018), “Ode to My Father” (2014), “Miracle in Cell No. 7” (2013) and “Haeundae” (2009), which have all surpassed the 10-million-mark in ticket sales.

“To be honest, people especially like these tear-inducing moments but [I believe] they are reluctant to admit it,” Song said. “Maybe they feel that such kind of genre isn’t so highbrow, but it’s also unfair to dismiss all sad and heart-wrenching moments as shinpa.” 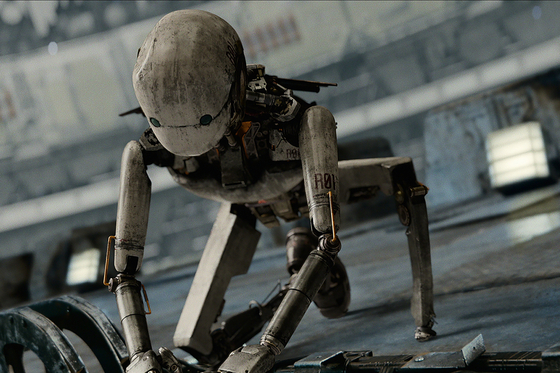 Robot Bubs, which is voiced and uses the movements of actor Yoo Hae-jin, is a former UTS robot reprogrammed to help around the ship. [NETFLIX]


In fact, the professor even pins the film’s global success on such factors, which were similar to overseas responses to director Bong Joon-ho’s “The Host” (2006).

“I believe one of the reasons why ‘The Host’ generated positive reviews was because it focused on family rather than having a group of scientists, politicians, or some powerful figure coming to the rescue, which was the norm in Hollywood,” Song said. “There’s at least one lonely scientist in the background trying to figure out the reason why the monster appeared and how they can exterminate it. But in ‘The Host,’ it’s not really focused on any of those ‘whys’. It’s about a family trying to find their kid. The process is far from being rational or scientific — it’s very disorganized and sometimes even comical, but that was what people were drawn to.”

Song perceived that focusing on the character’s relationship and keeping the film lighthearted was to familiarize the Korean audience with the sci-fi genre.

“It would have also been cool to explain in detail about this world Sullivan [the villain in the story] has created, but then the director would have to come up with a more logical and specific plot settings to do that,” Song said. “Instead it kept the audience on their toes by having a group of strangers — whether they be robots or humans — become a family.”