You finishes short program in fourth at World Championship

You finishes short program in fourth at World Championship 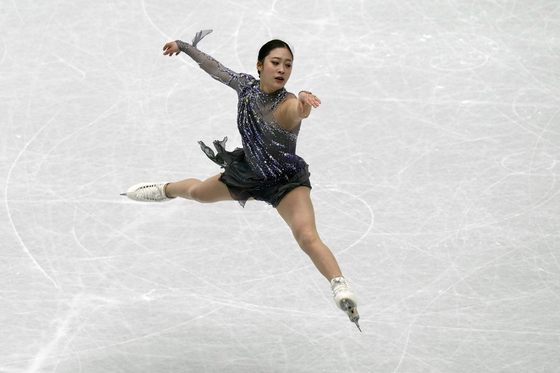 You Young performs a split jump in the women short program at the ISU Figure Skating World Championships in Montpellier, France on Wednesday. [AP/YONHAP]


Yoo Young may be looking at her first-ever World Championship medal after finishing fourth in the ISU World Figure Skating Championships 2022 women's singles short program in Montpellier, France on Wednesday.

Yoo scored her season-best 72.08 points for her short program after receiving an element score of 38.04 points and component score of 34.04 points. Though it is her personal best this season, the score fails to surpass her overall personal best 78.22 points recorded at the 2020 Four Continents Championships.

If You can land within the top three after her free skate scheduled on Friday, You will become the second-ever Korean figure skater to medal at the World Championships following figure skating legend Kim Yuna, who has won two gold, two silver and two bronze medals at the ISU World Championships.

You performed to "Whirling Winds" by Ludovico Einaudi, the same number she performed to at the 2022 Beijing Winter Games, but started off her program with a double axel instead of a triple axel.

The triple axel is a three-and-a-half rotation jump and is one of the most feared and famed jumps in women's figure skating. You had attempted the jump at the Olympics, aiming to become the first ever Korean female skater to land a triple axel on the big stage, but her jump was downgraded by the technical panel, judging that the jump was under-rotated by more than one-fourth of a rotation.

You finished in sixth place at the Beijing Games, the best result in women's figure skating since Kim won silver at the 2014 Sochi Games.

You racked up the points over the rest of the routine with a triple lutz triple toe loop combination and a triple flip, and was able to round off her short performance with a clean run. 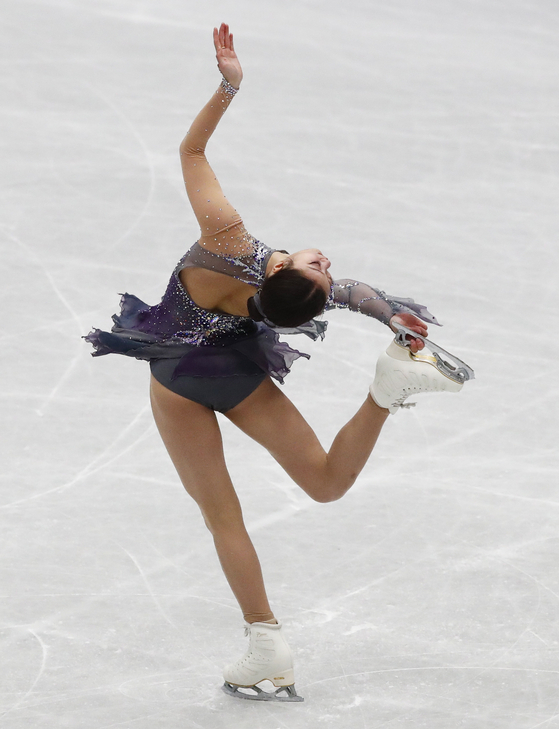 You Young performs a Biellmann spin during the women's short program at the ISU 2022 Figure Skating World Championships in Montpellier, France on Wednesday. [EPA/YONHAP]


With Beijing gold medalist Anna Shcherbakova and silver medalist Alexandra Trusova of Russia unable to compete at the World Championships due to the International Skating Union's ban on Russian athletes following the country's invasion of Ukraine, Beijing bronze medalist Kaori Sakamoto of Japan was the one to top the table with 80.32 points, Loena Hendrickx of Belgium is second with 75 points and Mariah Bell of the United States is third with 72.55 points. 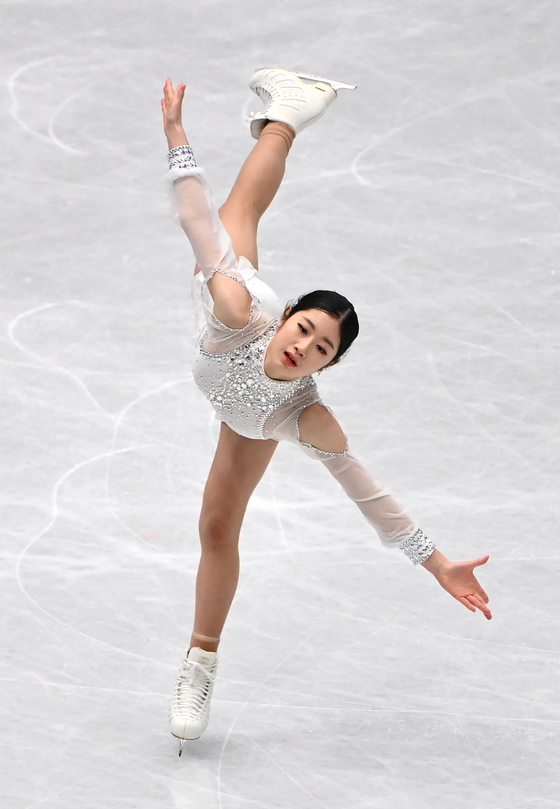 
Countrywoman Lee Hae-in landed in 11th place with 64.16 points. Lee joined You in Montpellier at the last minute as Olympian Kim Ye-lim's alternate after Kim was forced to withdraw from the competition after testing positive for Covid-19 last week.

With the top 24 athletes performing their free skate programs, both You and Lee will be performing on Friday.

As of press time, two Olympians, Cha Jun-hwan and Lee Si-hyeong, are also scheduled to compete in the men's short program on Thursday, local time.

You, Kim in top 10 after strong short program performances