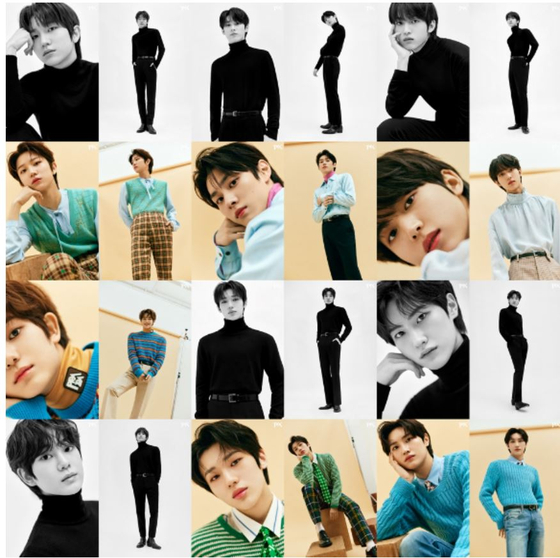 
P Nation revealed the members' profile photographs and official stage names for its new boy band, TNX, via its official Twitter on Wednesday.

The six members are SungJun, Hwi, TaeHun, HyunSoo, JunHyeok and KyungJun. A set of profile photographs of each member was released as well.

In the first set of monochrome photographs, the members sort of blend together as they are all wearing the same outfit — a turtleneck and pants. The second set of photographs, with more color, shows more of their personalities, as each boy seem to be wearing what suits them the most, Hwi sports a ruffled neck blouse, Sungjun dons a green vest and checkered pants and JunHyeok wears a bright green stripe sweater and a matching green tie, for example.

TNX, which stands for “The New Six,” is gearing up to make a debut with a new release on May 17.

TNX is comprised of six finalists of the SBS K-pop audition program "LOUD" (2021). On the program, Psy and JYP Entertainment's executive director and founder Park Jin-young appeared as judges as they selected contestants to be members of their agencies' new boy band.