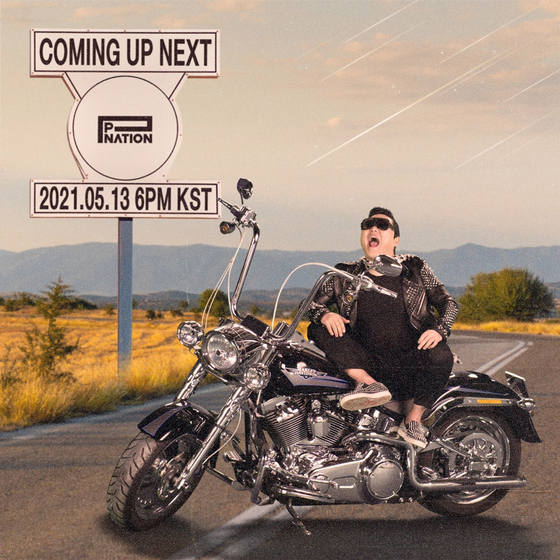 An image posted by entertainment agency P Nation and its leader Psy to signal a comeback of its artist without naming anyone. [P NATION]


Entertainment agency P Nation posted a teaser image on its official social media channels on Monday, raising questions about what its next big project will be.

Psy, who heads the agency, features in the teaser image sitting atop a motorcycle by a sign which reads “Coming Up Next.”

The image also states the date May 13 and the time 6 p.m.