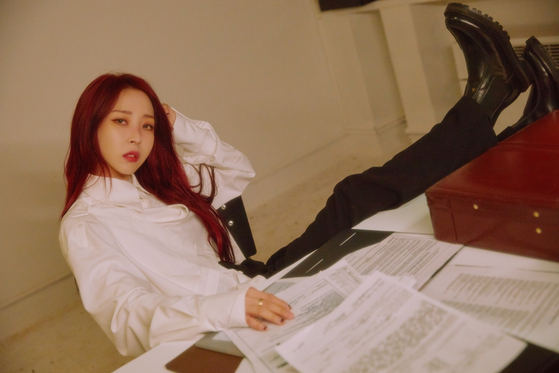 
Moonbyul of girl group Mamamoo will drop her new single later this month, according to her agency RBW on Tuesday.

The teaser video that was released Tuesday features Moonbyul going through a small door and entering another space. There, she presses a mysterious red button which starts an unknown machine.

The upcoming single comes three months after her latest music in her third solo EP "6equence."

Moonbyul is one of the four members of girl group Mamamoo, which debuted in 2014. The group has won various awards since then, including Best Album at the 2021 Golden Disk Awards and Best Vocal Performance Group at the 2020 Mnet Asian Music Awards.