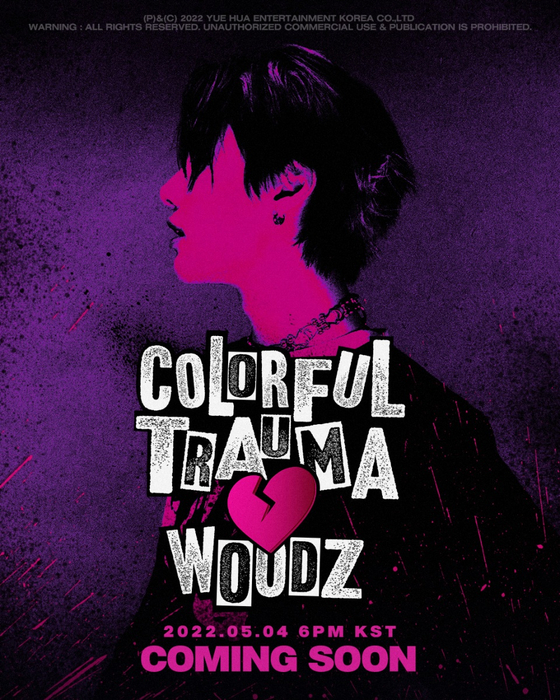 
Singer-songwriter and former X1 member Woodz will release his fourth EP “Colorful Trauma” on May 4, according to Yue Hua Entertainment.

This is the singer’s first music since his third EP “Only Lovers Left” released in October 2021.

Woodz, also known by his real name Cho Seung-youn, originally debuted in 2014 as a member of boy band UNIQ under Beijing’s Yue Hua Entertainment. In 2018, he launched his solo career as Woodz.

In 2019, Cho appeared on the Mnet audition show “Produce X 101,” the fourth season of the popular “Produce” franchise. He was one of the eleven finalists who debuted as boy band X1 in 2019.

After X1 disbanded in early 2020, he returned to UNIQ and his solo career as Woodz.