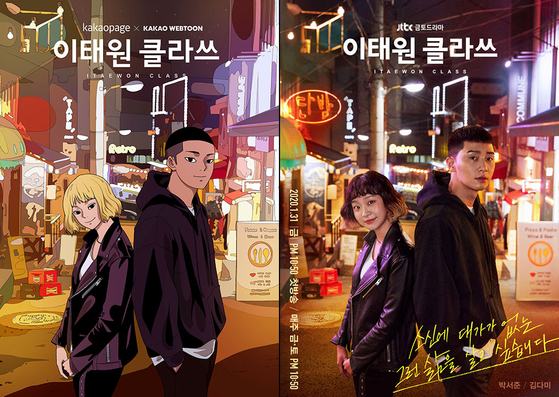 
The Japanese remake of JTBC's drama series "Itaewon Class" (2020) is set to air in July, according to Studio LuluLala (SLL) on Monday.

Titled “Roppongi Class,” the series will air on TV Asahi.

The male lead will be portrayed by rising Japanese actor Ryoma Takeuchi.

Adapted from a Kakao Webtoon of the same title, "Itaewon Class" revolves around two protagonists Park Saeroyi and Jo Yi-seo and their attempts to successfully launch a restaurant in Itaewon, central Seoul.

The original webtoon has accumulated over 400 million views, while the television series ranked No. 3 among the viewership ratings of all JTBC dramas.

Abroad, the series was especially popular in Japan, ranking No. 1 on Netflix Japan’s Top 10 chart. The series stayed on the chart for 2 consecutive years.

“Roppongi Class" will be co-produced by Korea's SLL and Kakao Entertainment, and Japan's TV Asahi.

During the same meeting in March, SLL announced plans to establish overseas branches in Japan this year.