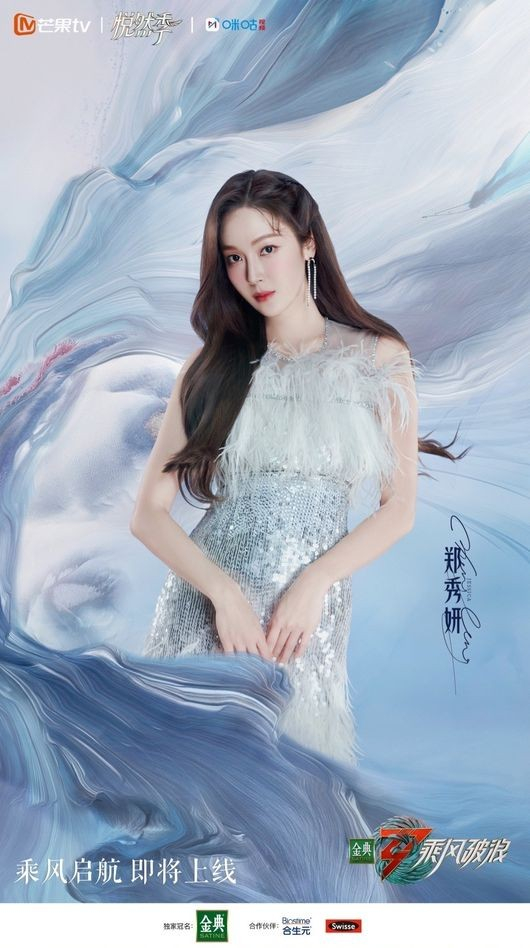 In the episode, Jessica performed Ed Sheeran's ballad "Perfect." While the judges appeared impressed by her voice, they asked her why she didn't prepare a song that included choreography to which Jessica replied "I arrived here only a month ago and didn't have time to prepare."

When asked why she thinks she was cast for the show, Jessica confidently replied, "I have a unique voice and I can dance pretty well."

“Sisters Who Make Waves,” which airs through Chinese media company Mango TV, features 30 female celebrities who are over 30 years old that compete against each other to debut in a seven-member girl group. Jessica is the only Korean celebrity on this season of the program. The series received attention as Fei and Jia, former Chinese members of the now-disbanded K-pop girl group Miss A, previously competed on the show.

Jessica debuted as one of nine members of the early-2000s hit girl group Girls' Generation in 2007. She left the group in 2014 after disputes with other members and her agency SM Entertainment. She subsequently launched a fashion line called Blanc & Eclare and released music as a solo artist such as "FLY" (2016) and "Wonderland" (2016).