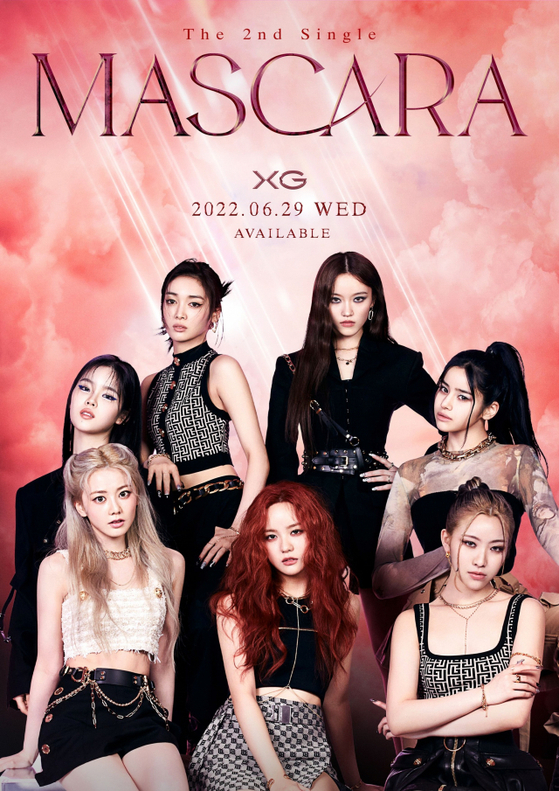 
YG Entertainment’s Japanese girl group XG is making a comeback with its second single "Mascara," according to the agency's record label XGALX on Tuesday.

The label also released a concept photo of the upcoming single which features the girl group members with daring outfits and confident expressions under a smoky pink backdrop.

"Mascara" is set to drop on June 29 at 6 p.m. on various music streaming websites.

XG, which stands for Xtraordinary Girls, debuted in March with its single "Tippy Toes." The single saw success as it recorded No. 1 on iTunes' alternative chart in seven different regions. It is the first debuting girl group to top the iTunes chart in Britain and the United States.