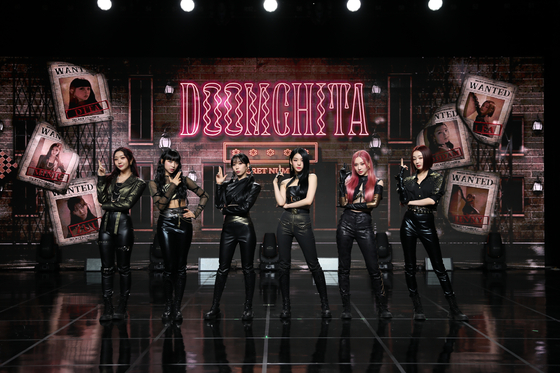 
Girl group Secret Number is back after eight months with the EP “Doomchita,” which drops at 6 p.m. today.

“The title track will have listeners dancing on the first listen,” member Dita said during a press showcase held the same day.

Minji added that the song has an “upgraded performance,” and the members agreed that this EP has a dark and strong concept, as opposed to previous songs.

The title track has a powerful beat, the lyrics of which are about being confident as the “one and only in the entire world.”


“HOLA” was written by Jinny and composed by Minji. Jinny has previously written the lyrics to Secret Number’s song “Dangerous In Love” (2021).

“When you see the album cover, you can see a door,” Minji said. “It symbolizes the medium to connect Secret Number’s new attempt at this [dark and powerful] concept. The reddish lighting and fire adds to the intense emotions.”

Victon to release second part of 'Time Trilogy' on May 31