Enhypen to release its third EP 'Manifesto : Day 1' on July 4

Enhypen to release its third EP 'Manifesto : Day 1' on July 4 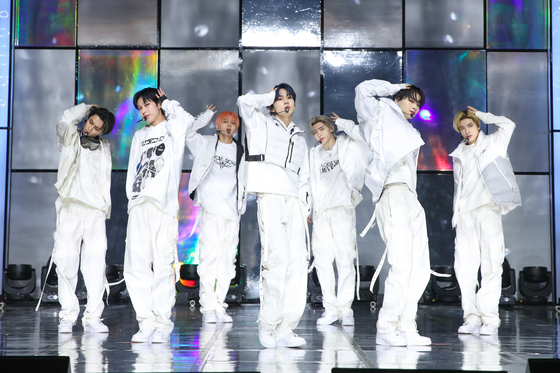 
Enhypen is set to return to the K-pop scene next month with a new EP, according to Belift Lab on Tuesday.

The boy band will release its third EP "Manifesto : Day 1" on July 4.

Along with the announcement, the band's agency also revealed the new EP's logo trailer and the lyric video of the track "Walk the Line," which is a new song included on the upcoming EP.

The logo trailer displays the phrase "End Hypen, Enhypen" symbolizing that the band hopes to break conventions and create a new future with new connections.

In the lyric video, the image of a line seems to play an important symbol as the clip consists of moving sketches of a boy and a monster.

HYBE releases documentary about Tomorrow X Together and Enhypen