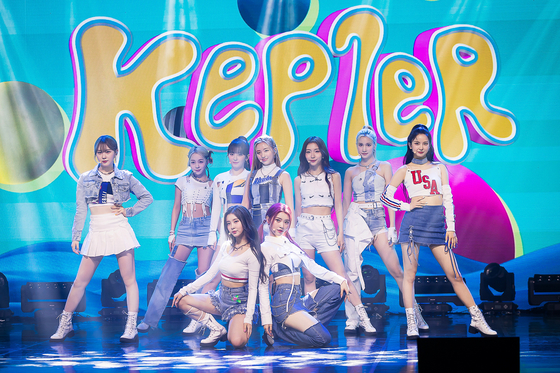 Girl group Kep1er performs “Up!,” the lead track of its new EP “Doublast," during Monday’s showcase at the Yes 24 Live Hall in eastern Seoul’s Gwangjin District. “Up!” is a song about Kep1er reaching the island of its dreams. “We received so much love for our debut song ‘WA DA DA,' and we prepared really hard for this comeback to repay that love,” said leader Yujin. The multinational girl group debuted in January after the team of nine formed through Mnet’s audition show “Girls Planet 999” (2021). [WAKEONE ENTERTAINMENT, SWING ENTERTAINMENT] 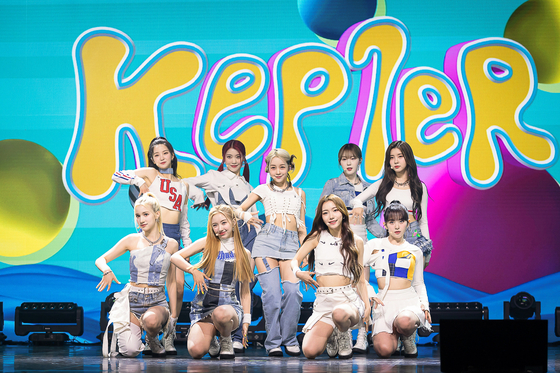