13-year-old Thai, Chiquita, is BabyMonster's No. 3

13-year-old Thai, Chiquita, is BabyMonster's No. 3 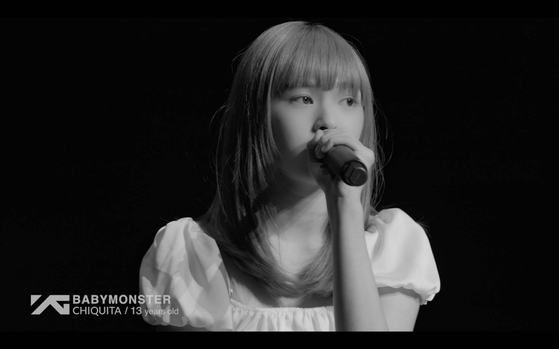 She is the youngest of the three members that have been introduced so far. Haram, and Ahyeon are the other. Their real names were not disclosed. BabyMonster will be the first new girl group from YG since Blackpink made its debut in 2016.

The agency is drip-feeding information about the group into the market, a common K-pop strategy used to build hype and demand ahead of the debut.

The total number of members has not been confirmed.