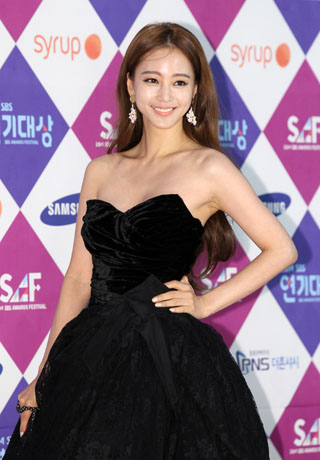 Kim was credited for his performance in the hit drama series “My Love From the Star.”

When his name was announced, a roar from the crowd rose from the audience, proving his star status outside of Korea.

“I’m so happy to have this honorable moment in Macau. I’ll do my best in the new year to show you the best performance,” Kim told the audience.

Han earned the honor for her portrayal of a woman who undergoes an extreme makeover in recent drama series “Birth of a Beauty.”