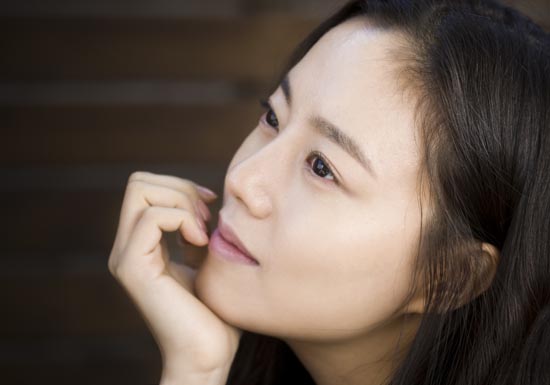 
Moon Chae-won is now the hot actress on the block.

There was much criticism at the first showing of “The Princess’ Man” - that it was “bad acting” or “it’s like they’re just reading a history book in visual form,” and so on. Planned interviewing that time was put on hold.

Moon, 25, had said, “I would like to concentrate on the drama for now.” Halfway through the drama, people’s love for Se-ryeong suddenly grew.

At the time, “Arrow, the Ultimate Weapon” was a major hit at the box office. There was much talk that “a great actress in her 20s has been discovered.”

In response, Moon said, “I humbly accept what they say. I think it’s important for your mind to be at peace to do a good job, as from the fourth episode I had refrained from looking online at the criticism, just concentrating on the drama.”

The JoongAng Ilbo had an interview with the actress on her way to becoming a star. 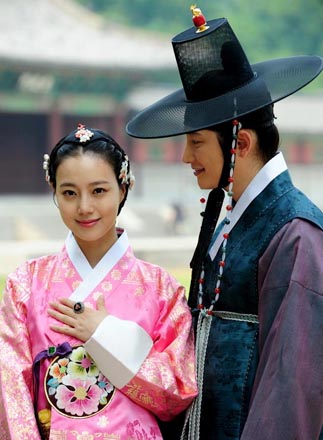 Moon Chae-won as Princess Se-ryeong in the TV drama “The Princess’ Man.” Provided by KBS

A. It was very awkward to use the ancient slang they used in the past. What was more difficult was acting as King Sejo’s daughter, Princess Se-ryeong in the TV drama. I thought, was it possible or normal to disobey one’s dad and ignore one’s position as princess at that time? It was difficult to act out unacceptable behavior with a determination to protect love, which is not seen every day.

One of the hottest issues about “The Princess’ Man” was Se-ryeong’s maturation from girl to lady and her changes in fashion.

The hanbok (traditional Korean apparel) was all made for Se-ryung’s character. Some days I would change clothes more than 10 times - we paid that much attention to her attire. At first they used many accessories to show her bright appearance as a girl who grew up in a good home. Then after abandoning her position as princess, they stopped using any accessories. Clothing was suddenly very simple for her. When going through a tough time, there is no one to decorate or stylize you. That’s what they wanted to convey.

“Princess’ Man” ended with a tone of hope. Did you expect that?

Whether it will end with a tragedy or a happy ending, no one knew or planned at first. But the people who act out these characters in the drama feel their characters in their hearts. Acting out Se-ryeong’s depression for so long, you have no idea how happy I was on the last day of filming - Se-ryeong and Seung-yu ended up together. With the last scene I was finally able to let Se-ryeong go from my heart, happily.

That you are not shaken by the thoughts or criticisms of others likens you to Se-ryeong.

I don’t think I can match up to Se-ryeong in terms of how to love a person. Would I be able to risk my life for love? In reality, I’m not sure that would be possible for anyone. But in terms of being steadfast and determined, I guess we are very alike. Since middle school I have practiced art, and in university I majored in Western art - but when I got it in my mind that I really wanted to act, I could not bear it and just dropped out of school. My parents were extremely against it, but I wanted to do what I love, and I wanted it to have meaning.