The best of Seoul’s regional restaurants

The best of Seoul’s regional restaurants 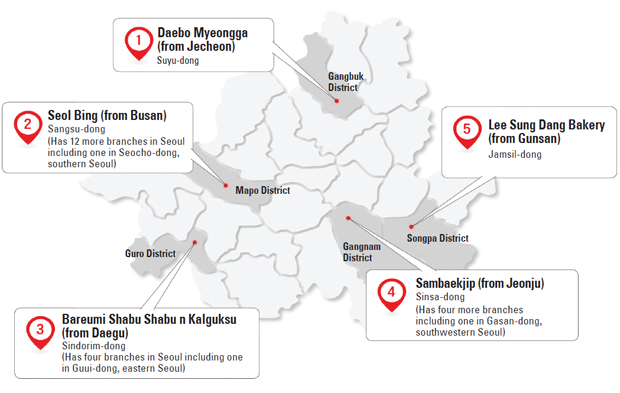 In the opinion of many gastronomists, the availability of provincial cuisines in Seoul has been limited in the past. For a culinary adventure, city dwellers couldn’t be expected to drive four or five hours for a single adzuki bean bun or another three and a half for a steamy stew topped with crispy bean sprouts.

That’s why well-respected regional restaurants located all over Korea have opened branches up in the capital in recent years, for those time-poor, cash-rich Seoulites.

The JoongAng Ilbo put together a list of local dining options that are big names on their home turf. But be warned: you may no longer have to drive for hours to reach one of these destinations, but you will need patience, as these eateries are always crowded. 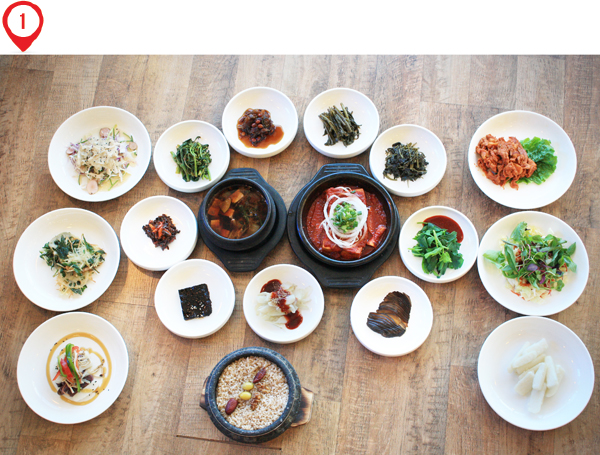 Yakcho bapsang, above, is made with locally grown medicinal herbs, or yakcho, from Jecheon, North Chungcheong.

Straight out of nature: Daebo Myeongga

Daebo Myeongga opened its Seoul branch in Suyu-dong, northern Seoul, in March 2011, but its popularity hasn’t waned yet.

The restaurant’s official opening time is 11 a.m., yet people begin to form a line outside its doors way before then.

Daebo Myeongga first opened in Jecheon, North Chungcheong, in 2007 and became famous for its dishes made from yakcho, or locally grown medicinal herbs.

The herbs are either cultivated by the eatery’s employees or are picked from nearby mountains in Jecheon.

Yakcho bapsang consists of a stew, rice and side dishes. Notably, different rice is given to diners depending on their gender.

“Rice for men is cooked using ginseng and poria to invigorate them,” said Kwon In-ok, the head of the restaurant.

“But we cook rice with Angelica gigas and Cnidium officinale Makion for women.”

Meanwhile, yakcho jaengban is similar to shabu shabu. For the broth of the stew, 16 different herbs are boiled for an hour.

Thinly sliced assorted mushrooms and wild medicinal herbs are dipped into the boiling broth and are eaten with pork. 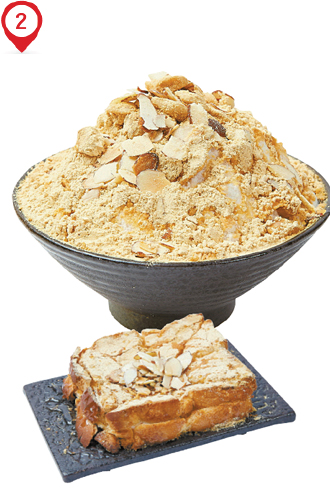 Of the many summer treats, bingsu, or shaved ice flakes, which are often topped with boiled adzuki beans, always rule at cafes and restaurants during the scorching season. But the newest addition to the bingsu family is injeolmi bingsu from Seol Bing.

Unlike other bingsu varieties, injeolmi bingsu only contains shaved ice flakes and rice cakes coated in steamed, powdered beans. It’s popular among those who prefer a milder taste to the sugary flavor of adzuki beans.

Based on its stardom in Busan, the small bingsu place finally expanded last month to the Hongik University area, one of the most hip hangouts in Seoul.

The dessert spot has many bingsu offerings, mostly with modern touches, from bingsu topped with chunks of cheese to bingsu with yogurt and berries.

Another hit on the menu is injeolmi toast. The chewy rice cake is sandwiched between toasted bread, and drizzled honey completes the creation.

“I first ate injeolmi bingsu last summer in Busan,” said Seo Sang-hee, 26, who was waiting for her turn to be seated at the Hongik University branch of Seol Bing. “Whenever I think about this treat, I come here for the bingsu.” 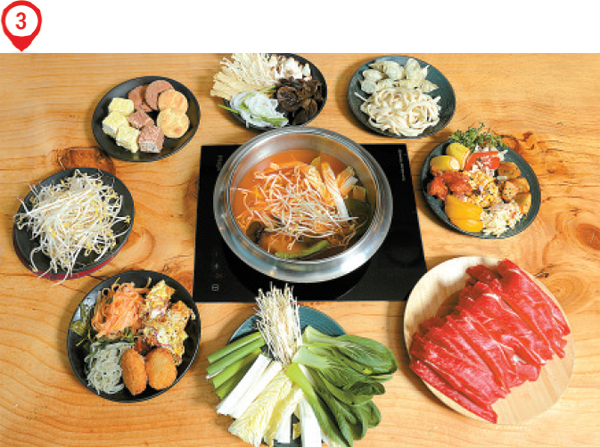 Bareumi uses a broth spiced up with red-pepper powder.

A special team was formed in 2011 before the opening of D-Cube Department Store, located in Sindorim-dong, southwestern Seoul.

The grand mission given to the group was to travel the country and locate local eateries to fill the shop’s food court. They explored up to 200 different restaurants over the course of seven months and picked the best of the best.

Of the chosen eateries at D-Cube Department Store, Bareumi Shabu Shabu n Kalguksu has been the most popular since opening because of its spicy red broth.

The restaurant, unlike other shabu shabu spots that cook with a clean and clear broth, spices up its stew with red-pepper powder.

In addition to the red broth, the restaurant uses Cheongyang peppers, the hottest variety of pepper in Korea, as a main ingredient for its sauce.

If you order the menu’s main shabu shabu, kalguksu (hand-cut noodle soup) and an all-you-can-eat salad buffet are also included.

• Prices: The beef shabu shabu and salad buffet costs 11,800 won per person (the price goes up for weekday dinners and weekend meals) 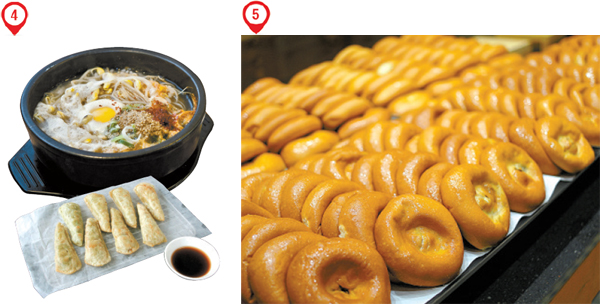 Make your own soup: Sambaekjip

Sambaekjip has been operating for over the past 60 years in Jeonju, North Jeolla, but the first Seoul branch of the gukbap (soup served with rice) place opened in Garosu-gil, southern Seoul, last July. The decor is modern and stylish unlike the original branches in Jeonju, but the clean and rich-tasting bean sprout gukbap broth remains the same at this posh Gangnam eatery.

Cho Mun-su, the head of the restaurant, said, “You can make your own soup by adding different ingredients, from sliced Cheongyang peppers to salted shrimp to pork boiled in soy sauce.”

The best-selling option on the menu is, of course, the bean sprout gukbap, but pan-fried pepper dumplings, which have pork and peppers inside, and moju are other popular sides at Sambaekjip.

Moju is an alcoholic beverage widely enjoyed in Jeonju. It is based on makgeolli (rice wine) but is boiled with assorted oriental herbs and served hot. It is also believed to be a great hangover cure.

The legend of the baking scene: Lee Sung Dang Bakery

Lee Sung Dang, the longest-running bakery in Korea, is famous for its buns filled with boiled adzuki beans. Because the bun itself is made with powdered rice instead of wheat, it has a chewy texture.

The bakery, which opened in 1945 in Gunsan, North Jeolla, earns more than 10 billion won alone from its adzuki buns each year.

Based on its huge popularity in Gunsan, the bakery finally opened a branch at the Lotte Department Store in Jamsil early last month.

Buns filled with salad are another signature of the bakery. They are hearty enough to be eaten as a meal.

A person is restricted to purchasing five buns per day.