Seoul Auction finally has own space in Hong Kong

Seoul Auction finally has own space in Hong Kong 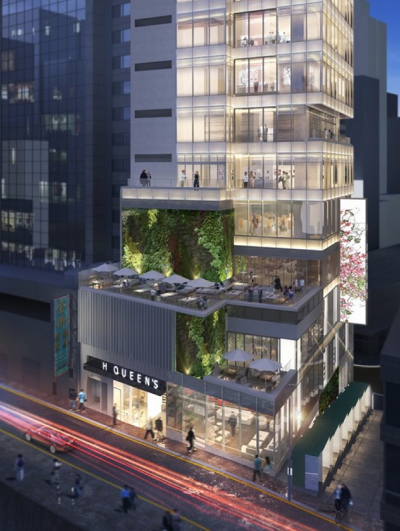 The space, SA+, is located on the 11th floor of H Queen’s, a new building in Central that is also housing offshoots of major galleries like David Zwirner, Hauser & Wirth, Pearl Lam and Pace.

Seoul Auction unveiled its plan at a restaurant in central Seoul on Monday in celebration of its 20th anniversary and 10 years since the launch of its Hong Kong branch.

“In 2008, when the Korean art market peaked and then fell, we advanced to Hong Kong, finding a way out,” said Lee Ok-kyung, CEO and vice chairwoman of Seoul Auction. “We have finally found success.”

Feeling limited by the two sales a year in Hong Kong to promote Korean art, the auction house decided to pursue a permanent space. There were practical considerations: it cost around 500 million won ($461,000) to rent a site at a luxury hotel in Hong Kong for each sale. Having a space of their own would be more cost-effective.

“International demand for Korean art has surged since 2014,” said marketing director Chey Youn-seok. “Accordingly, our goal for the next decade is to bring Korean art, which is still in the peripheral areas of international art, to the center. The launch of SA+ will be part of that effort.”

The new space will also include artists from other parts of East Asia.

“Although there are major global auction houses such as Sotheby’s and Christie’s in Hong Kong, we will have our own merits in expertise in Asian art,” Chey said.

The inaugural exhibition of SA+, which starts today, includes two famous artists: Lee Ufan of Korea and Yayoi Kusama of Japan. Though their styles are different - Lee with heavy use of pastel colors and Kusama with bright neon hues - Chey said they share some common points that can be gleaned from having them together at the exhibition.

Seoul Auction is based in Pyeongchang-dong, central Seoul, a residential area that has been favored by so-called “old-money” families. This October, it plans to open a new branch in the bustling southern Seoul neighborhood of Sinsa-dong.