Korean bands rock around the planet

Korean bands rock around the planet 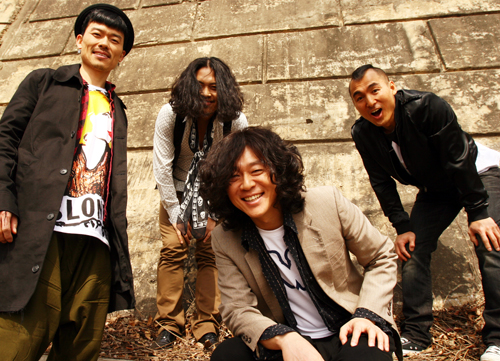 Korean rock band YB will perform as part of the Warped Tour this August. [JoongAng Ilbo]

Korean music has gained worldwide recognition with the sounds of K-pop recording artists like Rain, BoA and Big Bang.

But now, rock bands looking for a piece of the action are launching themselves into the international scene with appearances at a score of summer music festivals the world over.

YB (formerly the Yoon Do-hyun Band), will join the Warped Tour, a popular summer rock and extreme sports festival in the United States and Canada, for its West Coast leg Aug. 15-23, according to Daeum Entertainment, the band’s management company.

Artists such as Eminem, Green Day and the Black Eyed Peas have participated in past festivals.

David Choi, a representative for Originology, YB’s American agency, says that the tour is the band’s first step into the American market.

“Starting with the Warped Tour, we’re planning various things to promote their music internationally,” he said.

But YB isn’t the only band flying abroad to reach foreign fans.

Indie groups like Guckkasten, Oh! Brothers and Galaxy Express appear on stages around the world this summer.

The four-member group Guckkasten flew to Shanghai last week for a tour of China, while the rock and roll band Oh! Brothers performed at the Singapore Arts Festival the week before that. Galaxy Express, a big name in the indie world, joined the lineup at the Fete de la Musique, an international event held on the summer solstice, June 21, in over 300 cities in over 100 countries across the globe.

“With their performing and vocal skills, Korean rock bands are very talented,” says music critic Im Jin-mo. “These days, with so many recording artists from Korea debuting in foreign countries with positive results, I think the ‘rock music hallyu [Korean wave]’ is definitely something to look forward to.”