Jamaica bobs out of Games

Jamaica bobs out of Games 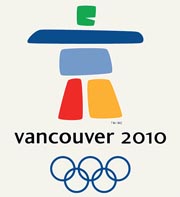 The Jamaican bobsled team is managing to put a sunny face on losing its bid to compete in the Vancouver Winter Olympics.

“We’ve been in battles for many, many years,” Chris Stokes, who helped found the Jamaican bobsled team more than 20 years ago, told the Associated Press in a phone interview. “This is one more. It’s disappointing, no question about that. The guys worked really hard and did well.

“But not qualifying, it’s by no means a failure. It’s a step going forward.”

The Jamaicans’ hopes were dashed when the list of qualifying nations, obtained Wednesday by the AP, didn’t mention Jamaica.

Officials from the Vancouver organizing committee are in the process of certifying the entries, but while there remains a chance that more nations could be added, that would first require another national to drop out.

“I am told there are no other options at this point,” team spokesman Stephen Samuels said.

They knew they were long shots for the Games, but still, the notion of another team from the tiny island nation competing in these Olympics - 22 years after the first Jamaican sled raced in the Calgary Games - was enough to create a buzz.

Poorly funded and often racing with substandard equipment, the Jamaicans managed to just sneak into the world top 50 rankings in four-man sliding, giving life to the chance of a Vancouver berth. In the end, they missed it by just a few spots.

The Jamaicans already say they’re not abandoning all plans for 2010, or 2014, for that matter. As has been planned for months, the team will be watching events in neighboring Whistler, if for no other reason than to experience what an Olympics are like, Stokes said. And for the Sochi Games of 2014, Jamaica says it’s hopeful of adding more sleds and more drivers - and it intends to offer a coaching job to retired U.S. bobsled pilot Todd Hays.