Another Korean stabbed in Russia

Another Korean stabbed in Russia 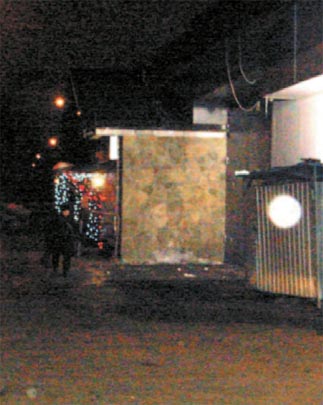 The front of the Moscow mall where a Korean student named Shim was stabbed on Sunday. The Korean Embassy there said he was grabbed from behind and stabbed in the neck. Shim was in critical but stable condition yesterday. [YONHAP]

A Korean film student in Moscow was in critical but stable condition after being stabbed by a masked attacker in the Russian capital late Sunday afternoon, the Korean embassy in Moscow and the Foreign Ministry in Seoul said yesterday.

This was the second attack on a young Korean in less than a month. On Feb. 18, a 22-year-old Korean student died three days after suffering an attack by three youths in Irkutsk. In January of last year, a Korean female student suffered burns after an assailant threw flammable liquid on her in Moscow.

In the latest incident, a 29-year-old man, identified as Shim, was stabbed in the neck near a shopping mall in Moscow. Shim was on his way home with his girlfriend after leaving a karaoke room, the embassy said.

The suspect, wearing a white mask, grabbed Shim from behind and stabbed him once in the neck before fleeing the scene, according to the embassy. One other masked man stood next to Shim.

He underwent four hours of operation in Moscow. Local hospital officials told Korean diplomats there that Shim was improving. Shim has been in Russia for six years studying at the All-Russian State University of Cinematography in Moscow.

The case appears to be the latest in a series of hate crimes by Russians against non-Slavic people or those with non-Slavic appearances. A Kyrgyz man two weeks ago and a Chinese person a week ago were killed in the same area where Shim was stabbed.

A senior ministry official, however, said it’s too early to say for sure whether the attack was ethnically motivated, but added that the local police in Moscow were accompanied at the scene by special authorities tasked with handling racial crimes.

“This attack was very similar to the killing of the Kyrgyz,” he said. “Russian authorities are very concerned about these events.”

Foreign Ministry spokesman Kim Young-sun said the government would ask the Russian government and regional authorities to take steps to control ethnic crimes. After the February death of the 22-year-old student, the Korean government also urged its Russian counterpart to take necessary steps to prevent recurrences. Kim added that the government will soon announce preventive measures, including the possible raising of the travel alert level in certain regions in Russia.

A Foreign Ministry official handling consular affairs said there is only so much Russia can do.

“The Russian government recognizes the poor security situation but it has said things are really out of its control,” the Korean official said. “The situation is even worse for foreigners. You have to really take care of yourself and avoid walking the streets alone, whether during the day or at night.”

Another Foreign Ministry official, who has worked at the Korean Embassy in Russia in the past, said though suspects in the two cases might not have targeted Koreans specifically, they might have been after East Asians. “Some Russians resent Chinese for taking their jobs,” the official said. “And often, they can’t really tell the difference between Chinese and Koreans and carry out attacks out of sheer hatred. Overall, Korea is regarded as a friendly nation to Russia but this sentiment is not shared by everyone.”

He said the recent run of crimes can also be attributed to the dire economic situation in Russia.

He said following the economic crisis in 1997 and 1998, when Russia received help from the International Monetary Fund, there were similar cases of hate crimes.

“People who can’t find employment are venting their frustration on foreigners,” the official said.