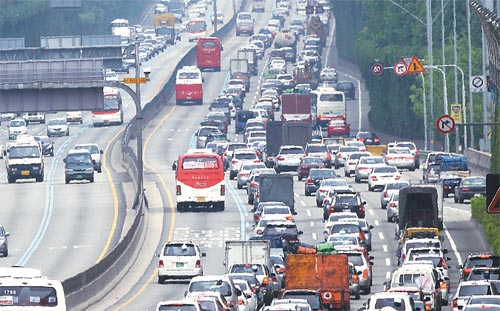 Automobile crawl along at the Banpo Interchange in Seoul yesterday as people leave the capital on their summer holiday. According to the Korea Expressway Corp., 410,000 vehicles were estimated to have left the Seoul metropolitan area as vacation season officially began yesterday. The Korea Expressway estimated that some 4.37 million vehicles will be traveling on the country’s highways this coming week. [YONHAP]