[In-depth interview] Engagement with the North is best

[In-depth interview] Engagement with the North is best 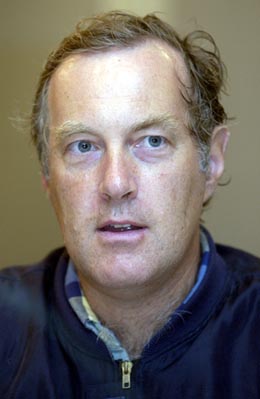 South Korea needs to adopt a new form of engagement with North Korea - a strategy that avoids the extremes of only pressuring the North or only offering concessions - according to Peter Hayes, the director of the Nautilus Institute.

The Australian-born Hayes, who is considered one of the foremost international experts on North Korea, is also professor of international relations at the Royal Melbourne Institute of Technology. In an interview with the JoongAng Ilbo, Hayes said that North Korea can play a positive and constructive role as a member of the regional and global community if it engaged in a new form of multinational negotiations on denuclearization.


Q. What do you think is the right stance that South Korea should take on North Korea?

A. I think it is inevitable South Korea will have to re-engage with North Korea. It is just a matter of timing. There is no alternative but to engage North Korea, and the earlier, the better because the most important priority is to stabilize the military situation on the peninsula to minimize the risk of war. Whether it breaks out by accident or not, it would be catastrophic.

This is sometimes difficult to accept because of North Korea’s behavior. But it is the responsible thing to do, because being a global player on security and sustainability issues as a middle power, South Korea actually needs to behave as a model for North Korea and other countries.

What you are saying is not going to please conservatives in South Korea and some hardliners in Washington.

The hardliners back in Washington that I know are actually quite realistic on this. There is the symbolism of squeezing North Korea and being aligned 100 percent with our allies, but the reality is that the United States knows that North Korea is not going to disappear and has to be engaged. When that will take place, and under what conditions, remains to be seen. But in my view and the view of the most informed people, including conservatives in Washington, that is inevitable. I can’t say how well this would suit the current government of South Korea, but again, in a regional and global context, South Korea’s interests will drive it back to engagement with North Korea earlier rather than later.

There must not be bilateral engagement first. It may be multilateral talks, such as a new version of six-party talks, it might be four-party talks, or it might be seven-party talks. It won’t be, in my view, a continuation of the old six-party talks. There is some continuity with the basic principles, but the world has changed since that process began and it has, in effect, ended.

Is that different from engagement strategies claimed by many left-leaning voices in South Korea?

Correct. I am saying we need a pincer movement. You need cooperation and engagement, while you also use power to constrain and pressure. One without the other is meaningless, and at the moment, the ratio is wrong. We are unbalanced. We have very little cooperation and engagement, and we have a great deal of pressure and coercion, and we know that is not going to work.

An attempt to engage North Korea on nuclear issues is proving very difficult. Do you have any suggestions?

This is a really political and psychological game that is being played, and I am suggesting that the better way to play it is to change the board you are playing on. Not play the same game as North Koreans, but tell them what the game is. Change the chess board. Change the strategic environment in which they are operating. And that requires cooperation with Japan, China, Russia and the United States, to establish an enduring, long-term nuclear-free zone.

What do you think about the Cheonan incident, and about the way international experts conducted the investigation into the cause of the sinking?

I think it had to be preplanned, it had to be preauthorized. The Cheonan incident was a terrorist attack. The question I ask is whether they did it because they feel they now have the ability to deter attacks because of their recent acquisition of nuclear weapons.

Or are they confident that the escalation will not occur? Was this incremental risk-taking conducted in the spur of the moment rather than with strategic thinking? That is a big question. If it is in fact the latter, then you had better buckle up your seat belt because we will see more of the same.

I think the way the South Korean government convened international experts was severely flawed. This should have been done as a multinational or UN inquiry, because the way it was convened actually created unnecessary political tension and has actually diverted attention from the real issue - and most critically, let China and Russia play political games with this issue.

You said engagement is the one and only option, and the earlier, the better. When should South Korea start the engagement process?

Timing, of course, is overwhelmingly driven by domestic politics. President Lee [Myung-bak] will - in the not too distant future - be a lame duck president, and I think he will be looking out for his legacy. And I think that kind of view will drive the South Korean government to start to articulate a big picture idea that actually will result in engagement.

We have to get through the G-20 [Summit] in November, so there needs to be some engagement before then, because we don’t want a highly unstable situation in Korea.

But that’s sort of a tactical level of engagement. At the most strategic level, I think the global nuclear summit - which will be held in Seoul next year - is actually good timing for [South] Korea to potentially announce the formation of a study group with Japan on a nuclear weapon-free zone for this region. That would be a very productive outcome, in particular if North Korea is willing to participate in such a study group.