Daughter of Putin falls in love with a Korean man

Daughter of Putin falls in love with a Korean man 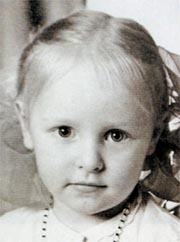 Russian Prime Minister Vladimir Putin’s youngest daughter will marry a Korean man whose father worked at the Korean Embassy in Moscow as an admiral in the late 1990s, a source said yesterday.

According to the source, the Korean ambassador to Japan, Kwon Chul-hyeon, had dinner with the former admiral, Yoon Jong-gu, and his wife at a resort in Japan in August. At the dinner, Yoon said that his youngest son would marry Putin’s youngest daughter soon.

After a few hours passed, the couple came to the resort and talked with Kwon and Yoon. The source said Putin’s daughter was accompanied by two Russian bodyguards.

According to the source, Yoon told Kwon about the couple over dinner. The details: the girl’s name is Ekaterina Vladimirovna Putina, 23, and she is now studying in the United States with her 25-year-old Korean fiance. At first, Putin was against the marriage but warmed up to the Korean after meeting him. Putin’s daughter wants to live and work in Korea after the wedding.

Yoon, 64, said in a phone interview with the JoongAng Ilbo, “The couple will make an official announcement about their marriage. Please do not report their marriage now.”

An official who worked at the Korean Embassy in Russia in 2007 said, “When I was working in Russia, the couple’s love story was a hot issue. Many Russian people expected that the diplomatic relationship between Korea and Russia would be improved thanks to the couple’s love.”

A Korean immigrant in Russia who lives in the building where the younger Yoon lived said, “The Korean guy lived alone, and we never saw him bring the Russian girl to his room.”

According to sources, the couple met in July 1997 at a dance party at an international school in Russia. After the admiral’s term in Russia ended and his son left Russia, the couple’s love continued and the Russian girl visited Korea during the World Cup in June 2002.