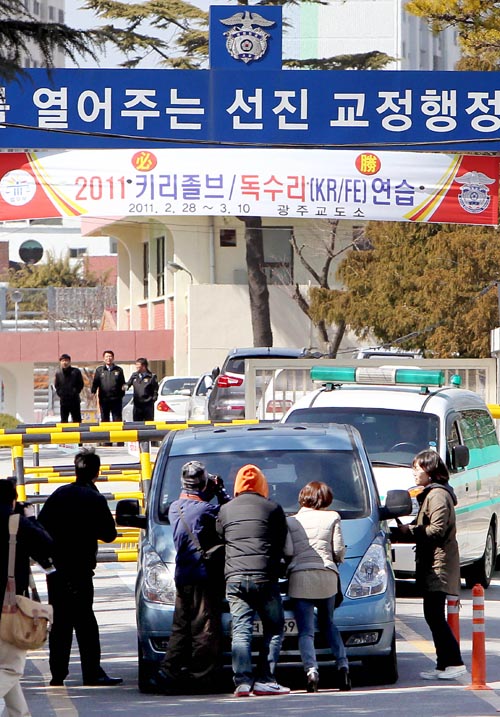 A van surrounded by news media departs from Gyeonggi Province Police Agency yesterday with policemen and a man surnamed Jeon inside, after Jeon was questioned for six hours at the agency. Gyeonggi police said Jeon claims to have received letters from the actress Jang Ja-yeon, who hung herself in 2009. In the letters, Jang said she was forced to entertain 31 VIPs, serving drinks and providing sex. Police said they confiscated 20 letters, five envelopes and many newspaper clippings from a prison cell where Jeon has been serving time. Police will send the material to the National Forensic Service to determine if the letters were written by Jang. [YONHAP]