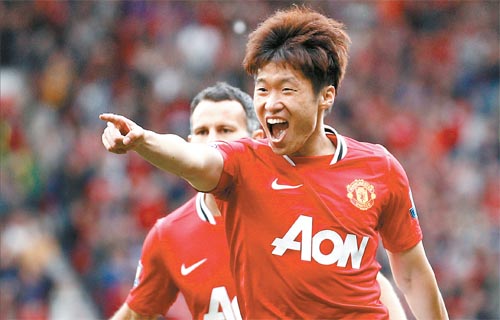 
Arsenal manager Arsene Wenger has vowed to end his team’s miserable start to the season by splashing the cash in the aftermath of his side’s humiliating 8-2 demolition at the hands of Manchester United.

Wenger saw his makeshift team put to the sword as a Wayne Rooney-inspired United inflicted one of the heaviest defeats in Arsenal’s history at Old Trafford in Manchester, England, on Sunday.

Arsenal had no answer to Sir Alex Ferguson’s side as Rooney claimed a hat trick, Ashley Young scored twice while goals from Nani, Park Ji-sung and Danny Welbeck completed the rout. Rooney converted two free-kicks and a penalty to pass 150 goals in the Premier League, with the sixth hat trick of his United career. Arsenal was given a glimmer of hope on the stroke of halftime when Theo Walcott scored, but the visitors conceded three goals in a seven-minute burst in the second half. Rooney converted his second free kick in the 64th minute, Nani chipped home three minutes later and Park fired in the sixth in the 70th minute after coming on as a substitute.

The woeful Gunners conceded eight goals for the first time since 1896 in a craven capitulation that served to highlight Wenger’s need to bolster a side that has been ravaged by injuries, suspensions and departures since the start of the season. Arsenal have failed to win any of their first three Premier League matches, losing to United and Liverpool, in a disastrous start which has confirmed the worst fears of Gunners fans.

However, Wenger, who insists he has no intention of resigning, has money to spend and is poised to act by signing Monaco’s Korean striker Park Chu-young, with more deals in the pipeline before the transfer window shuts on Wednesday.

“We are working hard to sign players. If we find the right players, we sign them. We have the money to sign them if they strengthen our team,” Wenger said.

“At the moment we have not found the solutions to our problems. It’s difficult to find excuses after a game like that, but wages-wise of course we are behind the other teams.”

Wenger hasn’t been helped by the departures of Cesc Fabregas and Samir Nasri, but even he will have been surprised by the gulf in class that threatens to separate them from their rivals at the top of the table. “We are close to signing a striker, but we are still looking for a defender or a midfielder as well.”

After the defeat, United manager Ferguson backed his old foe to come through the toughest spell of his 15-year Arsenal reign. “I think the criticism is unfair. I think the job he has done for Arsenal over the years, by keeping his philosophy, has given the team some fantastic players,” Ferguson said.

“He has sold well which has always helped the Arsenal coffers. Maybe people forget that.”

Barcelona coach Pep Guardiola, who took Fabregas to the Nou Camp from Arsenal, leaped to the defense of his Arsenal counterpart. “We have to remember what he [Wenger] has done for football in general - Arsenal is a great team,” Guardiola said.