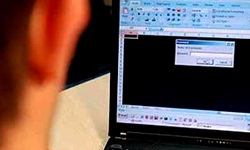 The hacker who alledgedly stole the personal information of thousands of Hyundai Capital customers has been arrested in the Philippines.

The Seoul Metropolitan Police Agency’s cyber investigation unit confirmed yesterday that the suspect, surnamed Shin, 37, was arrested by Filipino police earlier this month and is currently in custody in a local prison.

A police official said that Shin is being charged on multiple violations, including illegal acquisition of private information and illegal trespassing into public communications networks and that he has been on Interpol’s wanted list since 2007, after he attacked a Web site. The official said that Korean police have asked the Philippines to extradite Shin to Korea.

According to police, Shin stole the personal data of 420,000 Hyundai Capital customers and obtained some 13,000 passwords to loan accounts at Hyundai Capital with two accomplices surnamed Huh, 40, and Jeong, 36, in April. Hyundai Capital is the financial unit of Hyundai Motor Group.

The company said in April that private information about its customers has been leaking out since February but that it was not aware of the problem until Shin and his two accomplices sent the company an e-mail demanding that it wire 500 million won ($458,000) to their accounts in exchange for not releasing customers’ confidential financial information.

The police said Shin took care of the computer technology, while Jeong and Huh, who have known each other for eight years, plotted the crimes.

The police said that Shin is the same person who attacked Korean Web portal Daum four years ago. Shin was accused of stealing the resident registration numbers of 40,000 Daum users by breaking into Daum’s customer service system and then blackmailed the company for 5 million won. Police were able to arrest the suspects who withdrew the money but failed to capture Shin at the time. Shin then fled to the Philippines and was living there until he was caught.

With Shin’s arrest, Jeong is the only one of the three involved in the Hyundai Capital hacking incident who has not been caught. Huh was indicted and is in detention in Seoul.