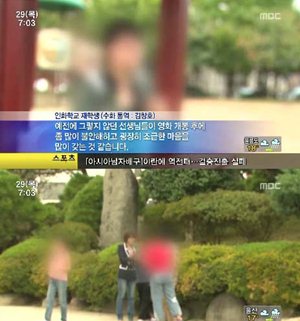 The Gwangju Metropolitan Police Agency said yesterday it would press charges of sexual assault or sexual harassment against 14 out of 40 teachers and school officials allegedly involved in the brutal sexual assaults of hearing-impaired students at Inhwa School.

The serial rapes and abuse of deaf students at Inhwa School, a specialized education institute for disabled students in Gwangju, became a national outrage following the September release of “Dogani,” or “The Crucible,” a movie based on a novel by Gong Ji-young. The abuse was particularly heavy between 2000 and 2005, but dates back several decades. Last month, the Gwangju Metropolitan Office of Education said it would shut down Inhwa School.

Gwangju Police revealed the conclusions of a special investigation team at a press briefing yesterday. Among those charged with sexual assault was an Inhwa faculty member who allegedly bound a student, then 17, with tape and raped her in 2004, and continued to abuse her through the following year. Also charged was a teacher who allegedly paid the same student for sex.

The two teachers charged yesterday were not indicted in 2006 due to lack of evidence. According to the police, the statue of limitations is 10 years, so they can be prosecuted now.

In early November, many of the victims of sexual assault at Inhwa were brought to the Gangnam Severance Hospital in Seoul and examined by a psychiatrist. Six were diagnosed with serious post-trauma disorders, the police disclosed. The police said the investigations of 13 suspects have been closed due to lack of evidence, while seven other cases have also been dropped.