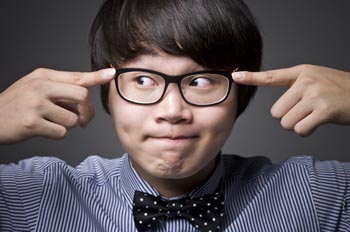 Sunday night comedy show “Gag Concert” gathered attention due to the whole 90-minute program carrying inside jokes in support of cast member Choi Hyo-jong, after he was sued by Representative Kang Yong-seok of the National Assembly.

The program started at 9:15 p.m. as per usual, but unlike other nights, “Gag Concert” was packed full of nuances digging at Kang.

On Nov. 17, Choi joked about the follies of politics and how easy it was to become a member of the National Assembly.

Although the audience had a good laugh, it seems that Kang was less than impressed. 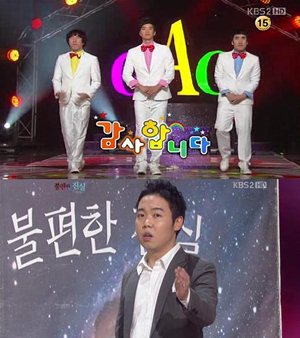 During last night’s sketch segments, fellow cast members showed support for the troubled comedian with one cast member saying, “This year’s entertainment award should go to the member of the National Assembly at Mapo for the best laughs.”

In the segment “Praying Mantis Kindergarten,” the skit’s theme revolved around a play on the word goso, which in Korean can mean both “tasty” and “to sue.”