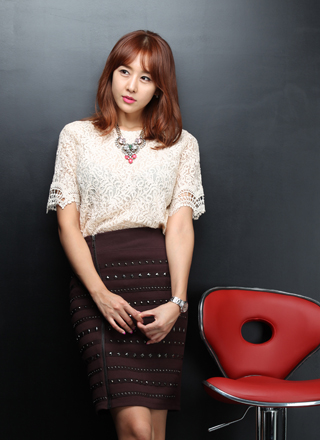 Singer and entertainer Han Young performed yesterday in MBC’s music show “Gayo Shidae,” marking her first time back on stage since being diagnosed with thyroid cancer.

In the program, which aired at 11 a.m. yesterday, Han sang the title track “Bba Bba” from her latest solo album, released on Aug. 25. The singer debuted in 2005 in the girl group LPG, though she later left the ensemble in 2008.

After branching out into acting and hosting, Han took a break from show business in 2012 after a thyroid cancer diagnosis.

Ilgan Sports, an affiliate of the Korea JoongAng Daily, reported last year that during her appearance on the JTBC medical program “Doctor’s Victory” in August 2013, she recalled whole days spent weeping at home.

“I didn’t tell my parents about the illness,” Ilgan Sports quoted Han as saying. “Now that I’m fully recovered, I guess I have to inform them.”