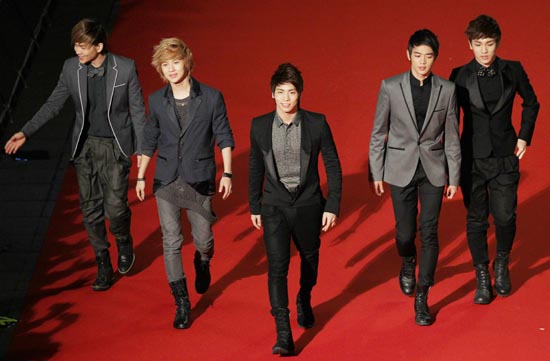 An article on the Korean idol band SHINee was published by the English newspaper Independent, on Nov. 26 and used the group to examine the K-pop movement in general.
The article, titled “The K-Factor,” was written by Holly Williams and delved into the performance put on by the idol group on Nov. 3 at Odeon West End Cinema in London.
“The loudest screaming I’ve ever heard isn’t at a pop concert at The O2 or the Birmingham NEC [but at a concert by] a band you’ve probably never even heard of: SHINee, five pretty young men from Korea,” Williams noted.
The writer for The Independent added that tickets for SHINee’s London performance were sold out online within one minute of going on sale.
Williams concluded her article by saying that, although SHINee is not a mainstream band in Britain, demand for “SHINee – and their fellow K-poppers – hawk[ing] their doe-eyes-and-tight-denim looks and their all-singing, all-dancing teen-appeal” is likely to increase.