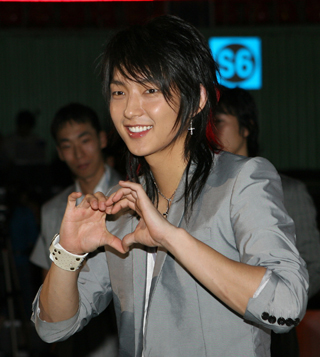 Hallyu star Lee Jun-ki is still finishing up his mandatory military service, but his schedule after his discharge is already full.

Japanese talent agency IMX, to which Lee belongs, said on Nov. 30 that an additional fan meeting in Nagoya, Japan, will be added for Lee’s fans who missed out on purchasing tickets to fan meetings. The fan meetings are scheduled to kick off on March 16, which is Lee’s first official event after his discharge on Feb. 16.

A total of four fan meetings entitled “Lee Jun-ki Fan Meeting 2012 Coming Back!” will be held in three cities including Nagoya, Yokohama and Osaka.

Through the fan meetings, Lee expects to reconnect with more than 20,000 Japanese fans. He will sing, dance and talk to his fans.