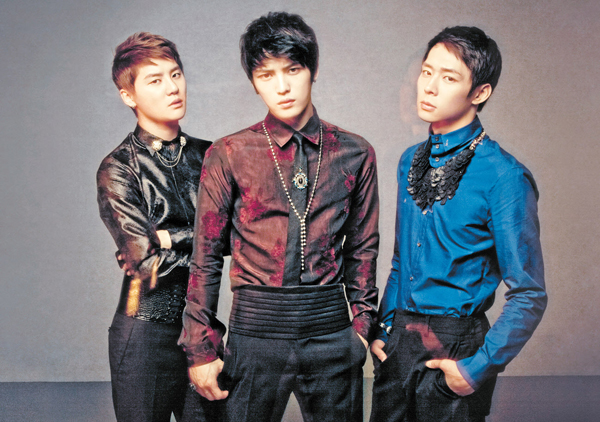 
Trio idol group JYJ’s “In Heaven” special edition has sold over 70,000 copies in Korea, according to its management company C-JeS Entertainment.

The album, released on Nov. 21, is a special edition based on the band’s official album that was released in Korea in September. The original “In Heaven” sold more than 250,000 copies in Korea alone. The special edition contains tracks from its original album, remix versions of “In Heaven” and “Get Out” as well as a DVD of music videos.

C-JeS Entertainment said they’ve been flooded with enquiries from fans who have missed out on getting their hands on a copy of the special edition. “It is unprecedented within the music industry for a special edition, not a regular album, to reach sales of 70,000 copies,” the agency said. Downloadable music files of “In Heaven” and “Get Out” were made available online from Dec. 1.

Meanwhile, JYJ has successfully completed its European tour and is focusing on the “Mango Tree Project” with the international aid organization World Vision to help Sudanese children.