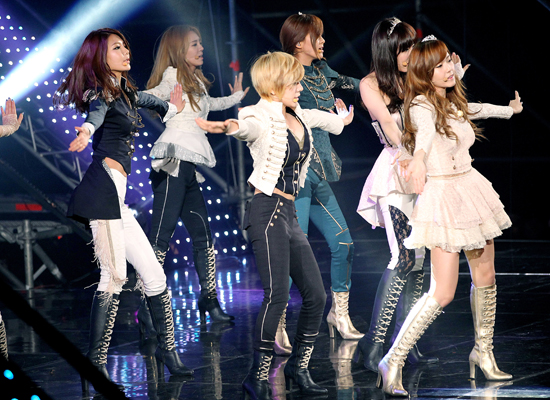 
A concert featuring K-Pop groups such as SHINee, Girls’ Generation and Miss A took place on Dec. 2nd to commemorate the launch of four new TV channels.

To celebrate the launch of JTBC, Channel A, TV Chosun and MBN an hour-long concert took place at Korea University. Kicking off the show as Insooni, who sang a cover of SHINee’s “Ring Ding Dong” dressed in an elaborate white dress. She was followed by the five-piece boy band itself that thrilled and delighted the crowd by singing their hit song “Lucifer.” Singer Kim Gun-mo had perhaps the most interesting performance, entertaining fans with a performance that included him shooting laser beams from his keytar.

Halfway through the show Kim Jang-hoon stepped onto a gyrating platform that took him out above the audience while he sang. Miss A also made an appearance and performed “Good-bye Baby” to an enthusiastic crowd that was sorry to see the band leave the stage. A trot medley by the trio of Sul Woon-do, Tae Jin-ah and Song Dae-kwan was a hit with the older members of the audience, but undoubtedly the highlight of the concert was when Girls’ Generation took the stage. The girls performed their new single, “The Boys” to a full house as the night drew to an end.