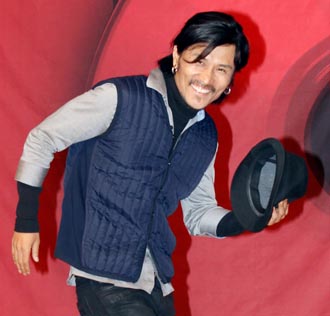 Lee Ju-no, from the ’90s idol band Seo Taiji & Boys, has announced that he will marry his pregnant girlfriend, who is 23 years old.

The 45-year-old rapper made the announcement on Dec. 6 at a recording of SBS Plus’ “Comeback Show Top 10.” The program is a talk show featuring top musical icons of the ’90s.

The member of the pioneering idol group took the opportunity to say that his girlfriend is pregnant with his child. Lee said that he has already registered his marriage, though the wedding day is not until early 2012.

“We’ve been going out for over a year and currently live together. We’ve already shot the wedding photos, and my partner will give birth next month,” the musician said.

The singer also said he did not make any announcements previously because he did not want to hurt his girlfriend in any way.

Lee said that though he feels marriage as a celebrity won’t be easy, “All that matters is how she feels and how I feel.” He also serenaded his soon-to-be wife on stage with a love song.