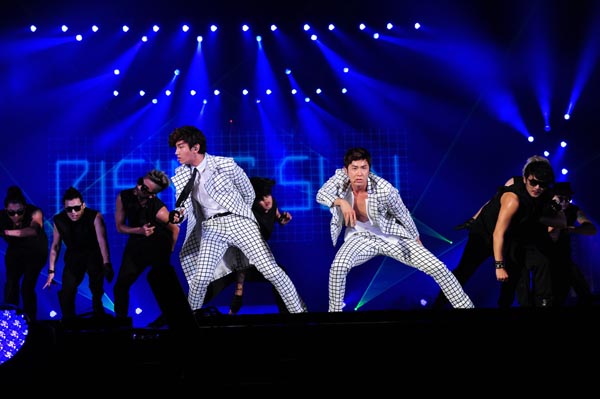 MSN Japan recently revealed its ranking of the top 50 most-searched male celebrities, and the two-member boy band was ranked first.

TVXQ rose to prominence in Japan this year after their single “Why? (Keep Your Head Down)” reached No. 1 on the country’s Oricon daily, weekly and monthly charts. Their official album “TONE,” released in September, also did well, with sales exceeding 200,000 in the first week. The band has sold more albums there than any other overseas male artist in the past 11 years.

The band made an appearance in the popular end-of-the-year concert FNS Music Festival on Dec. 7 and will also perform at a New Year’s Eve concert called NHK Kohaku Uta Gassen alongside bands Girls’ Generation and KARA.