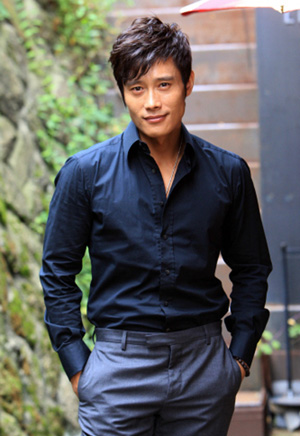 The trailer for “G.I. Joe 2: Retaliation” featuring actor Lee Byung-hun has been released, shocking fans who thought his character was dead.

Lee’s character, Storm Shadow, a traitor spy, was stabbed and fell from a high-rise building near the end of the first film, so fans were quick to write comments asking how he made it out alive.

Female fans worldwide also marveled at the actor’s well sculpted body, writing comments such as: “Wow, check out his abs!” “Another topless scene!”

Lee rose to international fame for his role in the first film and is immensely popular in Japan, where he is affectionately called “Byonsama.” The actor is set to tour Japan to meet his fans later this month, after finishing up production of “G.I Joe 2.”

The film was directed by Jon M. Chu, who also directed the dance movie “Step Up 2.”

“G.I Joe 2” will be released on June 29 and features a star-studded cast of Hollywood actors including Bruce Willis, Sienna Miller and Channing Tatum.