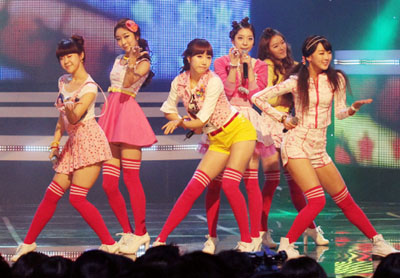 The idol group will release 1,000 copies of a special edition "Dal Shabet First Story" photo book and DVD in January. The release of the items will coincide with the unveiling of the band's fourth mini album.

According to the band's agency, Happy Face Entertainment, the photo book tells the story of the band members after their debut. Pictures from the band's national and international activities as well as shots from the set of the group's music video "Bling Bling" will be revealed.

"There are also images from the band's time-off in the Philippines where the girls are just relaxing and being themselves. 'Dalshabet First Story' book and DVD was designed to give something back to the fans for their loyal support," said the agency.

Through the pictorial, it is thought that fans will encounter a side of the band they've never seen before.

In the meantime the six member girl group will perform at the "K-pop Big Four Seasons" charity concert in Tokyo, Japan on Dec. 20. Other bands performing that night will include Infinite, MBlaq and ZE:A.