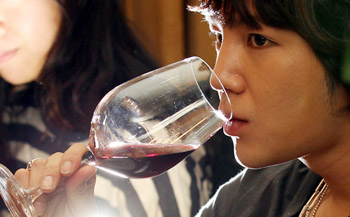 A special New Year's documentary based on Hallyu star Jang Keun-suk will air on the KBS network.

On Dec. 16, KBS announced its plans to air a special documentary on the Hallyu star Jang Keun-suk. The program titled "Star documentary - Center of the new Hallyu, I am Jang Keun-suk" will be broadcast on New Year's Day.

The documentary will feature the last two months during Jang's tour of Japan where he toured Nagoya, Osaka, and Saitama as well as taking the stage at "2011 Jang Keun-suk: The Cri Show In Tokyo Dome."

Moments from the concerts where more than 60,000 fans flocked to see Jang will be revealed in the program.

As well as featuring scenes from the entertainer's official activities, various experts were interviewed to discuss how Jang came to such prominence abroad.

The actor-turned-singer's versatility is also examined in the documentary as cameras followed Jang around while he was carrying out work for his newly established agency, Tree J Company.

A representative from KBS has said, "Through the documentary we look at Jang's past, present and future bearing in mind his influence on the Korean Wave. Through the program we have tried to guess just how far the wave will spread out."

The documentary will air on KBS on Jan.1.